I am stressed. I have 3275 WhatsApp messages. From 17 different WhatsApp groups.

This is not a ‘I’m so popular, look how many friends I have’ statement. Far from it.

I barely know the senders of the messages. And mostly, I have no idea what they’re talking about.

I readily accepted the ‘Year 6′ WhatsApp group invite last year. What a sensible way to keep us all informed of the various goings on that our children were involved in.

And it started off well. Factual. To the point. But then a few people got all clever and started to go off on tangents. 6 months later with all year 6’s now halfway through year 7, and it’s still going strong, with nothing to do with the original purpose.

Anybody know what time Cold Feet is on?

255 messages later and a detailed discussion on whether or not James Nesbitt is fit, followed by a rant from one of the dads that #MeToo applies to men as well (fair point), and  it would appear to be on at 9pm on a Monday night. You may ask why the original enquirer could not just have looked it up on Google, or even, heaven forbid, scrolled through their own TV guide in the first place. But why bother with that old skool kind of effort when you’ve got 60 of us waiting on the end of our phones with baited breath to answer such important questions?

Another urgent query: has anybody seen little Billy in year 4’s missing sock? Now this one had a few of the WhatsApp pros in a Miss Marple spin. A gripping investigation of this scale required an avalanche of WhatsApp pings, until quite rightly, THE SOCK (grey, ribbed, 12.5 – 3) got so talked about, it had its very own group dedicated to it, brilliantly entitled ‘Billy’s Missing Sock.’

I know it’s a daunting task and one to be avoided at all costs, but perhaps Billy’s mum could have had a rummage in the grim abyss that is the school lost property box before bothering 50 other parents?

But then why use your initiative these days when it’s far easier to start pinging off to the WhatsApp group with gay abandon and bingo, 10,000 messages later and it would seem that the mother has resigned herself to digging deep for another 3 pack from M&S.

Don’t get me wrong, I am very fond of the few intimate groups I have set up with my close friends. They make me laugh and it helps me feel connected to them when let’s face it, it’s hard to find time to floss your own teeth these days, never mind see your mates.

And of course, WhatsApp’s huge success is much to do with the fact that it’s free for a group of people to chat to each other, as well as send photos, videos and audio messages. One billion people now use the app every single day, suggesting that texting will soon become the art of dinosaurs. 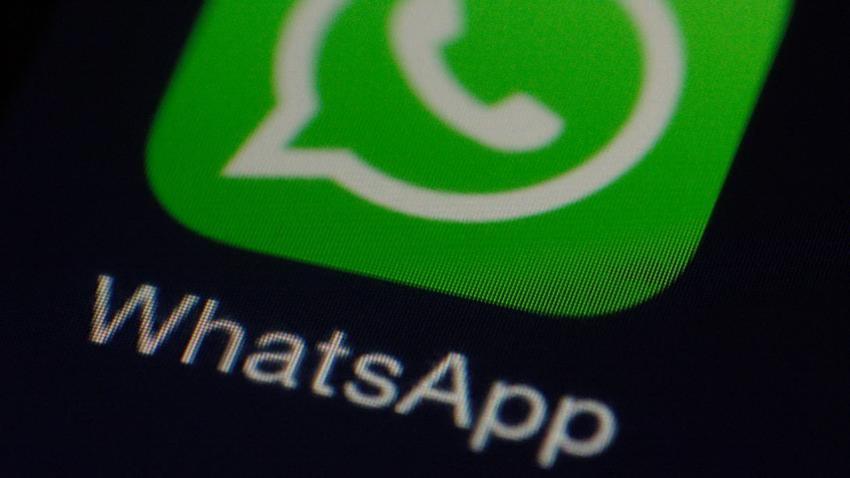 Along with Snapchat it seems to be the messaging choice of the kids now too. But with all these things, the pressure on young minds to keep up is huge.

My eldest daughter got a phone last summer just before going to senior school, and her communication with the outside world went from zero to 5 billion overnight. I naively presumed that kids might send the odd text message to one another, but I had not idea of the reach and intensity of the new kid on the block – WhatsApp.

Groups were set up instantly with whole classes of overexcited kids suddenly having instant access to lots and lots of other kids at the the mere tap tap tap of their finger.

Let’s bear in mind that these children are still working out how to navigate issues in the playground never mind having to suddenly learn how to cope when bombarded with 400 new messages, and not all of them kind.

They feel if they don’t read them then they’ll miss out, and if they miss out nobody will like them anymore. And if they send one to the group and nobody responds (and of course with WhatsApp you can’t even tell them that perhaps their friends haven’t read it yet because you know when your message has been read) then they might as well accept that really nobody in the world likes them.

These reactions might seem extreme but when you’re 11 or 12, you’ve never had a phone before, and historically a brain of that age has been equipped for navigating the world of pop music and Pick n’ Mix, it’s a large dollop of additional stress to pile on to their already full plates.

The age for WhatsApp is 16 for a reason. Of course many of us idiot parents succumb to the pressure of ‘everybody else in the entire world has it and if I don’t, I won’t know ANYTHING that’s going on and I’ll have no mates whatsoever.’ The memory of poor old Roland from Grange Hill immediately flashes into your head (BJ – before Janet), and suddenly your kid has got free rein of WhatsApp.

And it is a good way for them to keep in touch. I’m not adverse to my kids using it to keep in touch with friends like I do, and be in sensible groups like ‘Year 7 Homework’ (did I really just say that?) as long as I educate them to understand that they don’t have to answer every single message – and believe me, these kids are relentless with pinging going on late into the night – they should never write anything they wouldn’t say to someone’s face, and never to talk to someone they don’t know.

All good advice for us big people too.

As I write this, I see on my phone that another new group has been set up called ‘School Dinners.’ Sure enough, before I can say WhatsUp WhatsApp,  messages start pinging through after the suggestion from Mimi’s mum (I’m sorry but I’ve no idea who Mimi is, never mind her mum) that Mimi found a hair in her chicken curry. Grim I admit. But does it warrant 54 messages in 5 minutes to the entire year group with a whole new discussion about what kind of hair it actually was?

As the pinging continues I have the crazy urge to LEAVE THE GROUP.

What am I thinking? Have I finally lost the plot? It’s so final. It’s a huge risk. It’s definitely a statement. And will I get stoned in the playground?

S.H.I.T. tees are still available over in the shop with 100% profit going to YoungMinds who are doing amazing work to support young people’s mental health. I’m only 10 t-shirts away from raising £4000 so if you haven’t got one already, then go on, treat yourself, because #itsoktofeelshit but as we all know, it’s a lot more ok if you don’t feel alone.