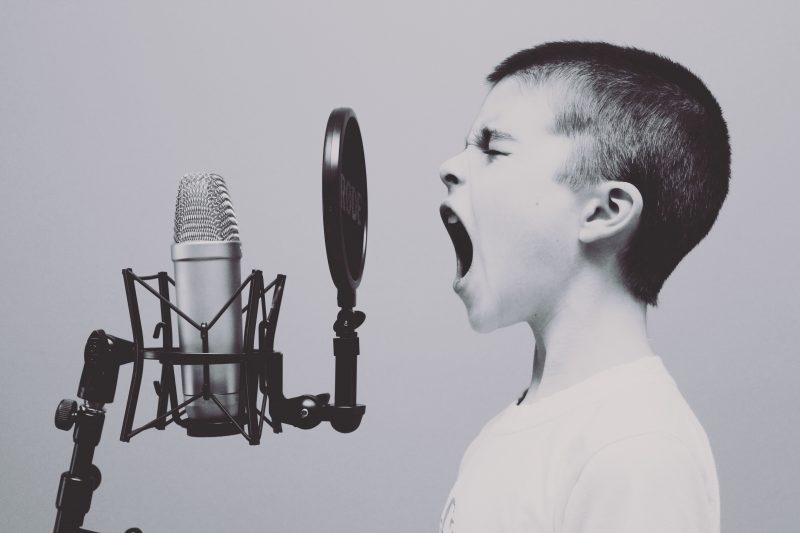 When I mention Makaton signing, I’m often met with blank looks. But when I say, “You know, Mr Tumble?” Well, now you’re talking.

Or not talking, as the case would be.

I realised my child wasn’t developing language when he was just two years old.

I just knew. I can’t tell you how many times I heard the words “he’ll talk in his own time” or “boys always take longer to talk” (that was a favourite) but I just knew.

He would point at what he wanted and had a few of his own sounds, but no recognisable words.

Hard to see his anger when he was trying to tell me something. Hard to see his peers run out of nursery talking excitedly to each other. Hard to hear that he’d withdrawn from playing with others because he couldn’t communicate with them. Hard to listen to other mothers complain that their child wasn’t reading yet. Reading…really? All I longed for was to hear mine say that one word – mummy.

And above all, incredibly hard being unable to fix it.

Then we were introduced to Makaton by our wonderful NHS speech therapist.

Makaton is a language programme which uses signing and symbols as a means of communication for those who cannot communicate through speech. The signs are used to support spoken language and are used in the same word order.

The symbols are simple black and white drawings that show the meaning of a word. These can be used to label objects, to write messages and for those who cannot, or prefer not to sign.

Learning Makaton is not difficult, especially if you’re using it all day everyday, as we were. Most of the signs are common sense, while a few are rather random (the ‘poo’ one is interesting and was much used in our world, obviously).

Never before had I paid much attention to Mr. Tumble, but now I was an avid fan. I could be found with my glass of wine in the evening watching endless episodes of his CBeebies show Something Special, created by Justin Fletcher. No longer was TOWIE my guilty pleasure, oh no, it was me and Mr. T. Justin Fletcher had become my new Joey Essex (seriously Justin, I cannot thank you enough).

I also went on a course run by The Makaton Charity, as well as finding many useful resources on their website.

Luckily my child was very receptive and picked up new signs quickly. The whole family embraced this new form of communication. His sisters were particularly enthusiastic, often making up their own signs for the more obscure – SpongeBob SquarePants was a particularly amusing one, as you can imagine. But that’s one of the many beauties of this signing programme: the flexibility means it can be personalised to suit a person’s specific needs and used at a level appropriate to them.

As a result, over 100,000 children and adults are using Makaton today.

Just as those with speech, language and communication needs (SLCN) find a world of language unlocked for them, many people also use it to unlock communication for babies. Makaton Signing for Babies is a programme introducing the most basic and useful signs at a very early age, before language is accessible. It is believed that signing in this way may help a baby to be more sociable, and therefore attempt to communicate at an earlier stage in their development.

I remember seeing a mother make signs to her tiny one across a busy playgroup room, and wondering, back then, what on earth she was doing. Little did I know that she was successfully communicating a basic message to her one year old child.

Being able to communicate is such a vital skill in life, but one many of us take for granted. Asking for a drink, telling someone what you’ve been doing, what you want to do, making friends – none of this is possible without communication.

Over a million children in the UK are effected by SLCN (that’s two to three in every classroom) and thankfully it seems that more pre-school and early years settings are getting on board and using Makaton in everyday learning. And not just for for the benefit of those with special needs, but for all children.

For us, it was a godsend.

As The Makaton Charity’s website says, it ‘is a language programme that gives everyone a helping hand to talk’ and that hand certainly helped our little boy, who, in the words of the great Mr. Tumble himself, is truly something special.