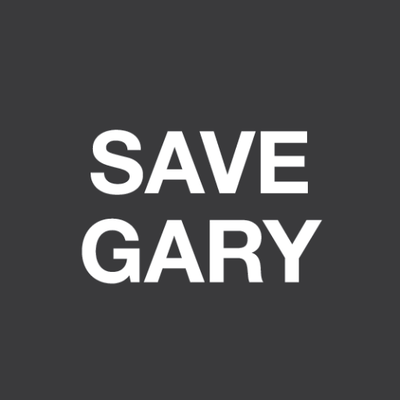 ‘What a beautiful little baby. What’s his name?’ I asked as I peered in at the cute little bundle, cooing in his pram.

I looked at Baby Gary (two words which go together about as well as cute and Boris) to avoid eye contact with his proud new parents, and wondered what on earth they were thinking in the year 2019.

Gary (not seeming quite so cute anymore) was lying there, blissfully unaware of the lifelong, stony silences he will be met with as he tells people his ‘was quite cool in the 80’s’ name.

Because in the 1970’s and 80’s, Gary was top of the pops in the trendy name charts. There were baby Garys popping up all over the place. I had three in my primary school class alone.

And think of all the iconic Garys we’ve got: football and Walkers Crisps’ legend Linekar, Spandau Ballet’s flouncy bloused Kemp, cooler than cool actor Oldman, and of course, Take That lead singer and national treasure Barlow.

Its historic appeal may have been down to the fact that it’s strong, short, easy to pronounce, and rhymes with Barry – another very popular and fetching name of that era.

Let’s just say there was Gary and Barry fever back in the day, as well as Trevor, Simon, Alan, Carol, Donna and Janet.

But these names that we grew up with in our world of Rubix cubes, soda streams and the A-team, are now heading for extinction.

Annette was the number one most unpopular girl’s name, followed by Elaine, Linda and my own very uncool Susan (sob).

There are names that seem to stand the test of time however. All you Charlottes, Emmas, Lucys and Sophies out there are classy classics, as are the Jacks, Olivers and Thomases. You lot seem immune to ever becoming naff and outdated like us 1970’s has beens. You’re the ever cool parka jackets to our embarrassing mullet perms.

These days our kids’ friends are more likely to be Millys, Tillys, Oscars and Caspers. It’s unlikely that they’ll come home saying they’ve got a new BFF called Sharon or Nigel. It might actually be a breath of fresh air though. It’d certainly make us middle agers feel more at home.

In fact, maybe new parents are missing a trick. If they want their child to have a truly original name that nobody (I mean really nobody) else will have, they should leaf through a 1970’s baby name book, if indeed such a thing even exists. There wasn’t such demand for one seeing as our parents’ generation didn’t seem to care to go too off piste when it came to names. It was the norm to jump on the bandwagon with a Paul or a Lisa.

There were multiple Andrews, Claires and Louises in our peer groups, with the occasional child – whose parents tended to be of the more bohemian type – daring to go crazy with a Milo or a Daisy. And those kids stood out like a sore thumb. I had a friend called Jasmine who longed to be plain old Jennifer. I thought she was mad as a hatter. I’d have swapped her floral, exotica title for my overpopulated, run of the mill Susan any day.

In contrast to the majority of our parents, our generation crave originality, though it’s hard to achieve.

We’ve all been guilty of hoping that nobody else will pick the same ‘unique’ name we spent months pondering over for our child, only to be gutted to find three other Amelias in their nursery class.

But go solid 1970’s retro, then you’re on to a winner. Your little angel will definitely be the only one. Baby Gary’s parents are having the last laugh.

Gaz will be a rockstar with that name. In the words of the legendary Chesney Hawkes – whose parents certainly went off piste and down a couple of obscure black runs with their name choice – Gary will be the one and only.