Gone with the Wind, Sir Laurence Olivier, A Streetcar Named Desire, Hollywood, glamour, beauty. These are the words that spring to mind when you hear the name, Vivien Leigh, one of the best loved and legendary actresses of the Twentieth Century. But how much do we know about the real Vivien: the woman at home in her and Olivier’s beloved country home, Notley Abbey, or their London house, Durham Cottage?

We have now been allowed more access to the private life of this iconic beauty than ever before, through the exhibition of hundreds of her personal belongings, currently showing at Sotheby’s in London. The actual auction of The Vivien Leigh Collection takes place on 26th September 2017.

Her diaries, personal letters, jewellery, furniture, scripts, photos, books and items of clothing are all on display. It is really quite something to be standing within touching distance of the wig she wore as Blanche DuBois, in a Streetcar Named Desire, a role for which she won her second Oscar in 1952.

Her first Oscar, of course, was won in 1940 for her portrayal as Scarlett O’Hara in Gone with the Wind, undoubtedly the most famous role of her acting career. Her personal presentation copy of the script, which all cast and crew were given as a Christmas present from the producer, David O. Selznick days after the film’s premiere in Georgia on 15 December 1939, is just one of the remarkable pieces up for auction.

Many of her private letters are from extremely distinguished figures from the post-war era – Noel Coward, Truman Capote, John Gielgud, to name but a few. The affectionate tone of their notes reveal how loved she was.

She became a close friend of Sir Winston Churchill over the years, and they both shared a love of painting. In 1951, he gifted her his painting ‘Study of Roses’ to which she wrote to him in 1961, ‘I should like to show you where the painting you gave me hangs. It is in my bedroom dear Sir Winston and I look at it every day as I wake and every night as I go to sleep…’

She was obviously a lady of great English style and elegance. The Notley Abbey library is set up in the exhibition similarly to how it would have been, and her taste in decor and furnishing was sophisticated but homely. As I sat on The Notley Sofa-Daybed, which was a favourite of Vivien’s, I wistfully imagined who else might have sat in that very place – perhaps Katharine Hepburn, Rex Harrison, David Niven or Marlene Dietrich – all regular visitors to the Olivier’s country home over the years of their married life. She loved to entertain and apparently gave excellent dinner parties on the most beautiful china and crystal.

Despite entertaining such Hollywood royalty, you can sense she was not intoxicated by the glitz and self indulgence that might be expected from an actress of her accolade. Her large collection of personal photographs show her enjoying simple pastimes such as painting on her easel on holiday, enjoying her garden, and spending time with her beloved cats who often travelled with her.

Although she was a magnificent actress, she was a rounded person with many other interests – an avid reader, a great lover of art and decor, and an incredibly sharp mind. Many works of art that she collected are in the exhibition, such as an Augustus John portrait of her from 1942 and a painting by John Klimo entitled Happy Birthday Vivien Leigh from circa 1953, which hung in the Notley Abbey library. 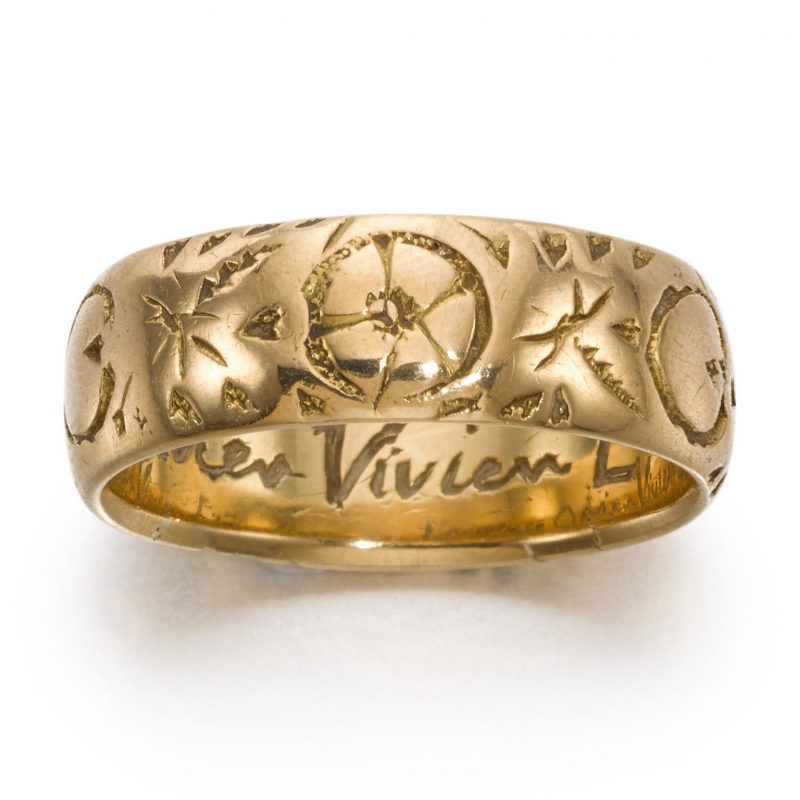 Vivien’s jewellery is as exquisite as you would imagine. I had to pinch myself as I tried on an amethyst ring, wondering where and when she might have worn it.

One of the most significant pieces is The ‘Eternally’ Ring which is inscribed to the interior with ‘Laurence Olivier Vivien Eternally’. Of course their love affair and subsequent marriage fascinated the world. They were the power couple of the 1940’s until their divorce in 1961, and much of this collection contains personal belongings of Vivien’s from their life together, which she obviously held on to until her death.

David Macdonald, Director of Furniture and Decorative Arts at Sotheby’s has been heavily involved in The Vivien Leigh Collection and has worked on previous sales such as those of the last Mitford sister, the Duchess of Devonshire, and the fashion legend, Gianni Versace. When I asked him what the experience of unearthing such a collection feels like, he said, ‘with a collection like this, which is redolent of the woman who built it, curating it has felt like a great honour, a glimpse of a private world. There is an amazing sense of discovery on our part. Being able to uncover and tell new stories about someone so iconic is very special indeed.’

The world of celebrity is so changed now that we can pry into the private lives of the famous through the internet and social media. We have come to expect this intimacy. But the golden stars of theatre and screen such as Vivien Leigh have remained something of an enigma. However, the Sotheby’s exhibition allows us to feel a little closer to the enigma, and feel a little of the magic of this fascinating woman – the actress and the Vivien at home.

The Vivien Leigh Collection is showing at Sotheby’s, London. The Auction will take place at Sotheby’s on 26 September 2017 at 10.30am.

All photos are courtesy of Sotheby’s. 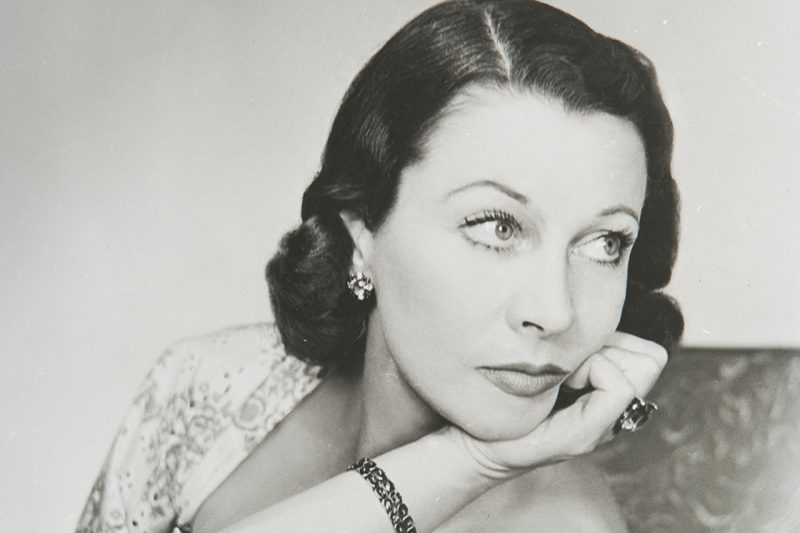