We all wanted to be a supermodel. We all had our favourite.

The beauty barometer went through the roof when they paired up with a hotty rockstar or actor  – Stephanie and Axel, Cindy and Richard, Helena and Michael and Kate and Johnny.

And where do we begin when Cindy, Linda, Christy & Naomi swaggered down the Versace runway in time to George Michael’s Freedom?

Ah, to be swaggering with them, or possibly more waddling as fast as our little legs would go to try to keep up. Wee Jimmy Krankie at the rear.

We watched the Friends besties grow up, and we all wanted to have a gang of friends just like that, preferably in a cool apartment in New York (instead of the tiny, skanky flat we shared with 15 others in Balham).

Did you want to be Joey’s best friend, hanging out with Ross and his monkey, or singing Smelly Cat with Phoebe?

Just to throw a curveball in there, I never actually liked that Rachel hair. But yes, yes, yes to her later sleeker blonde locks and the fact she was going home every night to bang Brad Pitt.

When the olden days used to actually be the olden days. Like the proper olden days – the 1930’s, 40’s & 50’s. NOT the very decade we are celebrating – the one some of us genuinely believe was only 5 years ago.

How many times do our kids ignorantly say ‘in the olden times’ when referring to the sacred 90’s? What are they on about? If you don’t remember John Prescott at the Brits getting a bucket of cold water thrown on him by Chumbawamba then your opinion means diddlysquat anyway.

Four Weddings and a Funeral

The fabulous middle class Englishness of Hugh and his crew, all rushing to weddings with floppy hair, posh frocks and morning suits, hungover and without a care in the world. Just like us (sort of, if you threw in the Slug & Lettuce and a couple of registry offices).

And we longed to be mucking in with them, especially with Hugh let’s face it, giving us the bumbling, public schoolboy horn. It was just crushing that Andi McDowell had to come along and ruin it all with that hideous ‘is it still raining?’ line. Bah! It still makes us cringe after all these years. 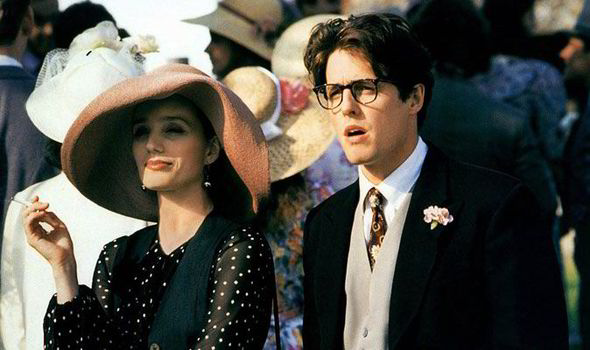 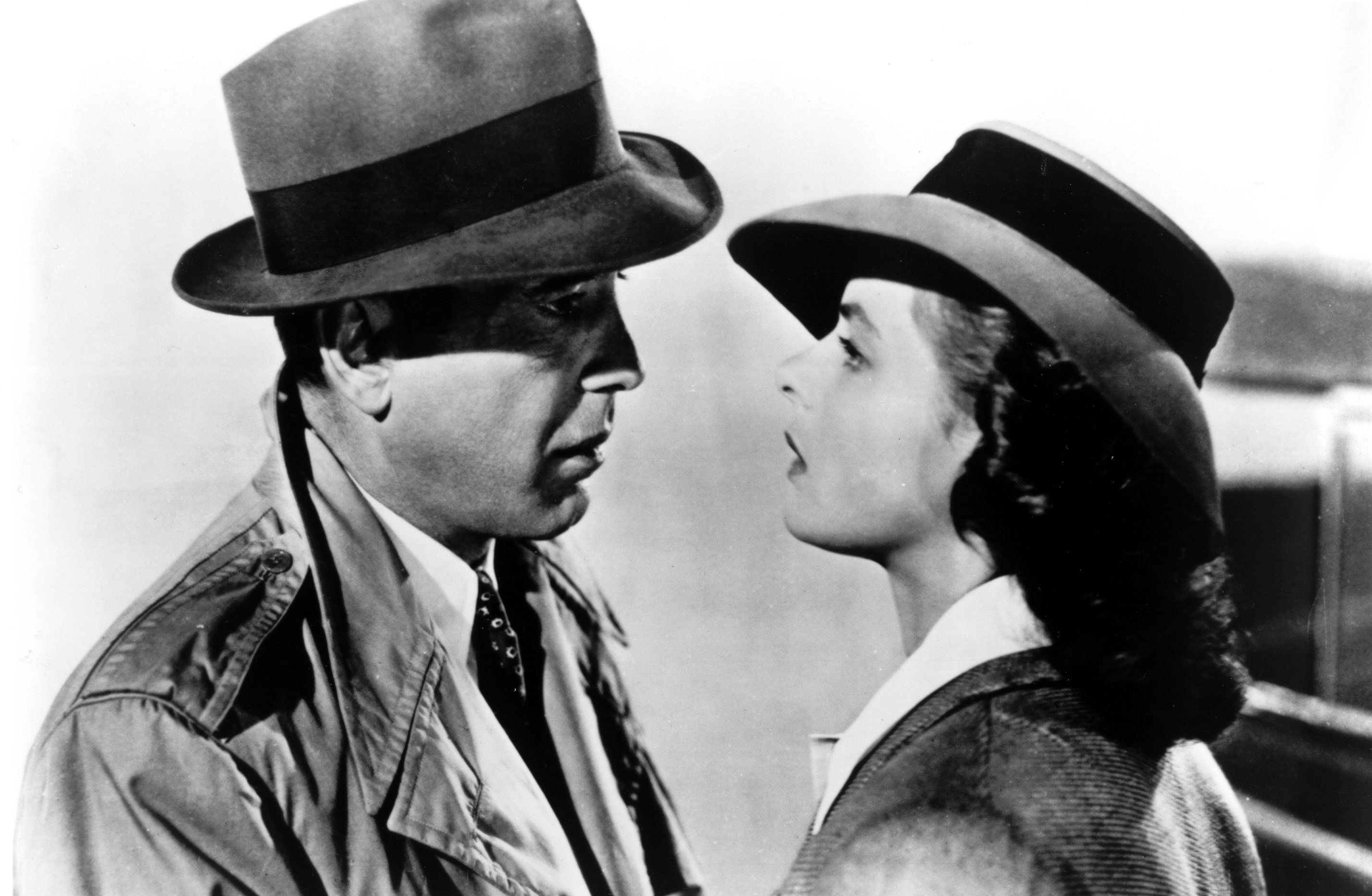 Old films were still old, boring films that our grandparents liked to watch on Sunday afternoons. In black and white. With men in trilby hats talking in very posh, stilted voices to ladies in tweed suits and perfectly laquered hair.

Old films were NOT classics like Footloose and Dirty Dancing that our kids now laugh at because of the funny clothes, big hair and ‘terrible quality.’ The sacrilege. 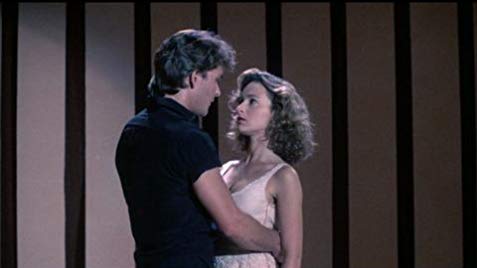 It kicked the door open to the weekend and the host was louder than life, ginger and did crazy, off the wall live interviews with cooler than cool, hipper than hip, nonchalant bands and celebs.

Where would we have been without Mr Evans on a Friday at 6pm, getting us up close and personal with Shaun Ryder (swearing), Kylie and Geri (arm wresting) and the Fat Lookalikes (that would never ever be allowed now).

And the audience even got drunk while they stood within touching distance of that desk that Chris sat behind with his little deck of wacky interview questions. Argh, to be in that audience. But we were on the sofa, glued to channel 4, with an alcopop in our hands, before we hit the union bar and got spangled on a tenner. The. Next. Best. Thing.

The Spice Girls were our guilty pleasure. I deny any fellow 90’s kid (male or female) not to secretly have had a little crush on Ginger after that performance in that Union Jack dress at the Brits.

But then along came a girl band we were openly allowed to crush on. All Saints. Who didn’t wear a teeny vest top and huge baggy combat trousers, in an attempt to be Shaznay, Melanie or an Appleton sister?

And we also had Bjork, Sharleen, Alanis and Tori to name but a few, with the Queen of Pop, Madonna, still going strong. 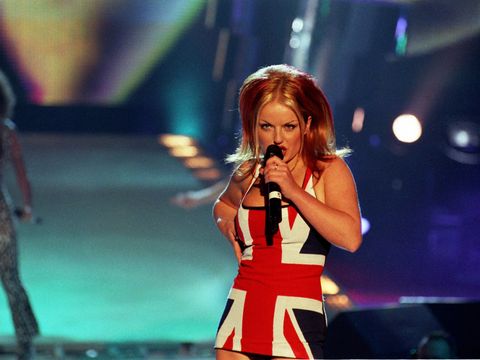 It was the heady last days of a mobile phone free existence. Some of us had a Nokia brick by the latter part of the decade, but it texted and called and that was about it.

No trying to keep up with the Joneses on social media, no endless WhatsApp messages stressing us out and e-mail was a relatively fun, new thing that some workplaces introduced internally only. How exciting it was to send a message to a colleague who was sitting right next to us! Hours of fun.

Weekends, evenings and holidays were still sacred times to unwind and switch off. Fancy that. 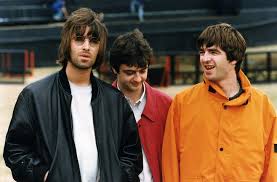 And of course how could we reminisce about the 90’s without talking about the ultimate decade of awesome Britpop music.

It started with The Roses, the Mondays, The Farm, The Charlatans and anything starting with ‘The’ from up north. But then of course along came Oasis and Blur and the war between the two.

Were you a fan of the gritty, Northern, working class Gallagher brothers, or did you lean more towards the scruffy, middle class, southern Blur boys?

What would win the race to number 1 in the week’s top 40 – Blur’s Country House or Oasis’ Roll With It? And would Liam twat Damon at the next awards ceremony if Blur came out on top.

Either way, both bands rocked our 90’s worlds. Just close your eyes and sing ‘He’s got morning glory and life’s a different story, everything’s going Jackanory’ and you’ll get right back there for a brief, wonderful, mortgage free, unwrinkly, unsaggy moment in time.