When I started the first S.H.I.T. T-shirt campaign for YoungMinds, I thought to myself, if I can sell 50 Tshirts then I’ll be very happy. We’ll have raised some money for YoungMinds, and hopefully a little more awareness.

6 months later, and we raised a whopping £7000. Far more than I ever could have imagined.

And it was all down to every single one of you who bought a T-shirt, wore it with pride, told your mates and shared the message on social media.

I’m so proud to say that 400 of you are now out there, wearing your T-shirts and sharing the IT’S OK TO FEEL SHIT message all over the UK, Germany, Belgium, Canada, USA and Australia.  I have hundreds of photos that you all sent in to prove it!

Not only that, but incredible stories came out of the campaign.

An amazing young man did a 145 mile cycle ride from Norwich to Clapham in London (in his S.H.I.T. tee) with all money going to YoungMinds.

A little girl and her best friend took it upon themselves (in their S.H.I.T. tees) to raise money at their primary school by washing cars, making wristbands and doing karaoke with the proceeds going to YoungMinds.

A headmaster of a secondary school contacted me to tell me he’d spoken to the whole school about mental health at assembly that day after hearing about the campaign (not sure if he wore his S.H.I.T. tee or not).

A father, whose daughter had been struggling with depression for months, contacted me to tell me that he hadn’t heard of YoungMinds before the campaign, but had since phoned their helpline and had received some great support. And he’d bought his daughter a S.H.I.T. tee which she was wearing to bed every night.

Many young men contacted me saying it was the first time they’d felt it was ok to open up about their own struggles after seeing the England rugby player, Joe Marler, wearing his S.H.I.T. tee on his Instagram. Joe being someone they really look up to, who has not been afraid to talk about his own mental health.

And many more reached out with their own personal battles with mental illness or those of their loved ones, especially parents who just don’t know where to turn to, because tragically the support just isn’t there. I know from experience that that’s the loneliest place to be in the world.

How could I possible stop there? Sadly, more young people are struggling with mental illness than ever before and the problem is not going away. 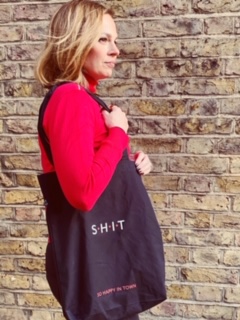 That’s why the second S.H.I.T. mental health campaign for YoungMinds has lift off, and the message is bigger and bolder than ever before.

I know some of you may think you don’t want a giant S.H.I.T. across your chest, but the wording in the last campaign opened up so many conversations between young people and their parents about mental health, conversations they’d never had before. The power of a naughty word.

And in the words of a teenager who contacted me recently, and has been struggling with her mental health for a long time, “It really is shit, it just is.”

You never know, I might even get my parents to wear one again – thanks to the campaign it was the first time either of them had ever worn a T-shirt!

So I’d love you all to help me raise even more awareness for mental health, and let all the young people out there who are suffering know that IT’S OK TO FEEL SHIT, BUT IT’S A LOT MORE OK IF YOU DON’T FEEL ALONE.

S.H.I.T. tote bags are available now over on the shop and the tees will be in stock from 22 January.

100% profit from every single T-shirt or bag sold goes to YoungMinds who are doing everything they can to help children, teenagers and young adults reach out and get the mental health support they deserve, because they really do deserve it. 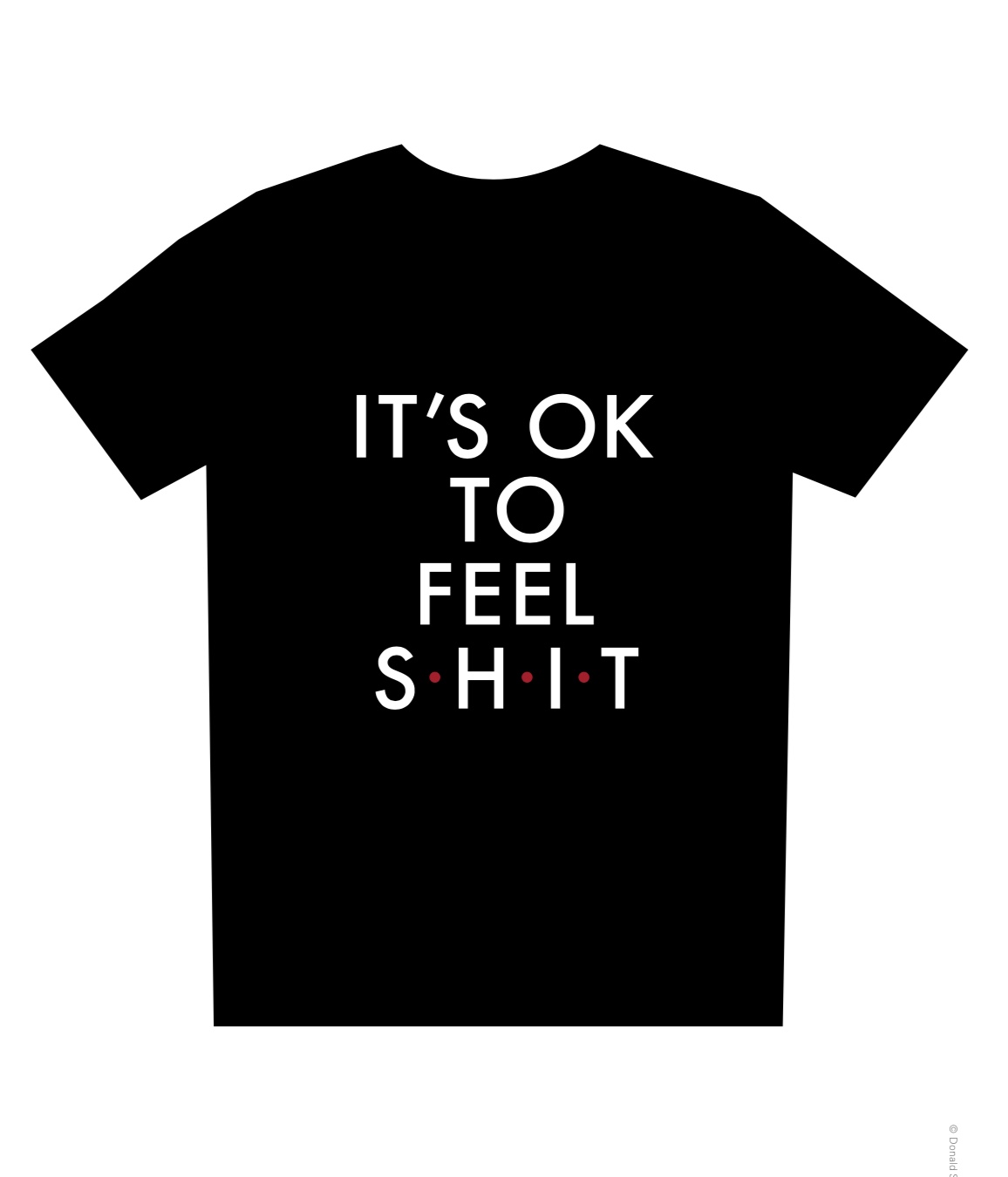