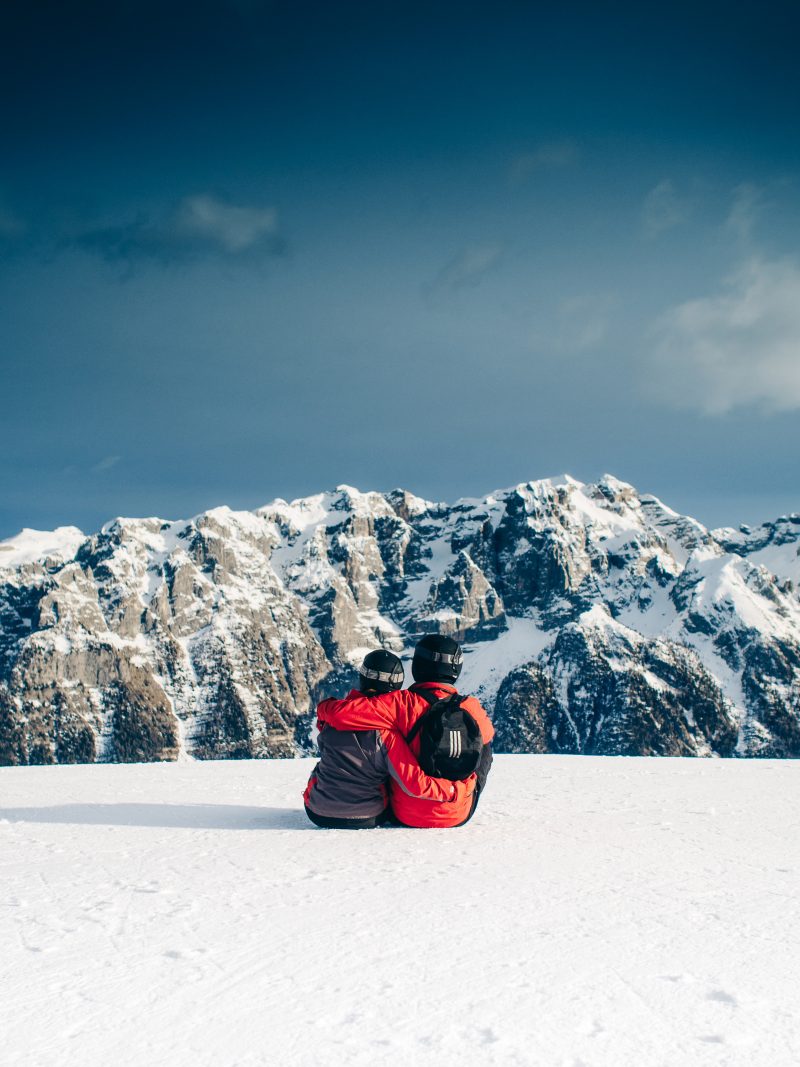 For those of you who read my top tips for your first family ski holiday, I suggested it is the most unrelaxing holiday you’ll ever go on. In fact, I think ‘shit fest’ was the highly literary term I used to describe it.

Albeit a shit fest of the enjoyable kind, as we found ourselves heading back to the slopes for more this year. Or perhaps we are just gluttons for punishment.

So here is a synopsis, from my own experience, of how it may be for you if you venture back again too.

Bearing in mind the little S.H.I.T.s generally enquire if “we’re nearly there yet” five minutes into any journey, the twelve hour journey is going to be a right laugh.

Obviously being in a marriage of equality, you will suggest you drive the first leg (all two hours of it) to the Eurotunnel at Folkestone so your partner can relax, but he will refuse the offer as  he’s a complete control freak when it comes to being behind the wheel, and will barely allow you to twiddle the air con knob.

Hopefully none of the kids will be sick, and will be overjoyed to be told they are being ordered to play on their iPads for twelve hours solid.

You and your Mr S.H.I.T. will actually talk because he is trapped –  literally strapped in – unable to check the football scores or walk away while you are in the middle of one of your riveting monologues. This is the stuff of dreams.

For the first time ever, he will ask you to talk to him to keep him awake.

You decide that taking regular all day drives together may be the answer to a healthy relationship.

You have sworn not to drink so much this year but after getting your kids’ skis and boots fitted in the ski hire shop, you reach for your hip flask.

You are pouring with sweat and wildly look around to see where the feck Mr S is as the littlest S.H.I.T. throws himself to the ground because he doesn’t like the colour of his helmet.

Mr S.H.I.T. is trying on sunglasses.

Young Pierre from last year has been replaced by Bernard.

Bernard is seventy but still likes to rock a spray-on all in one ski suit. And why not? Let’s not be ageist.

He is perhaps even more unfriendly than his younger predecessor and seems to have a deeper dislike of children, especially Brexiteer ones who can’t speak French.

Your children do not cry anymore, however, as they have come to accept that ski instructors are not of the gentle, cuddly variety and will not react kindly to tears.

They do not react kindly to any form of flirting from middle aged British mothers either, especially ones who reek of vin chaud by 10am.

Talking of Brexit, you have decided that perhaps all the glamorous and chic French, Scandinavian and German families appear to hate you  because they presume you are all staunchly anti EU.

To clear things up, you find yourself saying really loudly, whenever in earshot of the glamorous people, that you just LOVE THE EU and all the lovely, friendly EU countries.

Their disdain for you surely couldn’t be to do with the amount of booze you drink at lunchtime each day rather than having anything to do with Brexit. The more you drink, the louder you get, until you’re singing ‘Agadoo’ with all the other bevvied Brits. Pure class.

You have finally got rid of your C&A Rodeo gear and for the first time in twenty years have splashed out on new ski gear.

Aren’t you proud of your fancy, new, day-glo orange jacket? On day three however, you are struggling to zip up said ski jacket and your salopettes have split up the bum when you bent down to pick up a rogue croissant in the snow. You have lost all food decorum. Anything goes.

Talking of food, as with the drink, you swore you weren’t going to eat quite as much as you did last year. We all need to keep our energy up, but eating enough bread, cheese and Toblerone a day to feed a small army is unnecessary.

You succumb to the charm of the cheese fondue however, most nights. It’s all that cheese bubbling away, longing for large chunks of bread to be dipped into it. It’s too hard to resist. As soon as you’ve finished and have a 5lb cheese ball sitting in your stomach, you are filled with remorse and have crazy dreams about Bernard and the giant cheese ball chasing you down the slopes.

And so this year the whole thing has been easier and you all knew what to expect.

You’re exhausted, pickled in vin chaud, and could do with going  dairy free for the next month but you’ve all got colour in your cheeks, you’ve laughed a lot, your kids are whizzing down the slopes and Bernard cracked a smile on the last day.

You’ve a feeling you’ll be back.