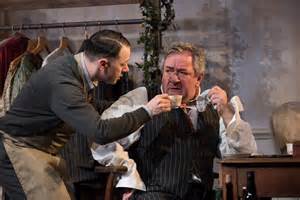 The Dresser tells the heart-breaking story of an ageing actor-manager,’Sir’, and his long-suffering dresser as they struggle to keep the show on the road against the backdrop of a down-at-heel regional theatre in wartime.

First performed in 1980 in the West End and on Broadway, the play was made into a multi award-winning film starring Albert Finney and Tom Courtenay in 1983, and a BBC television film starring Ian McKellen and Anthony Hopkins last year.

Big boots to fill, but fill them this stellar cast most certainly do.

The majority of the play takes place in the dressing room of Sir, a once revered Shakespearian actor who is now suffering from sheer exhaustion. He is adamant that he cannot go on stage that night as King Lear (for the 227th time in his career, no less). His anxiety is well justified as he continually fails to remember his first line.

His devoted dresser, Norman, however, spends most of the play attempting to persuade his ‘master’ that he must go on stage. He has never cancelled a performance yet.

Ken Stott plays Sir’s obnoxious superiority brilliantly. The strength of his anguish and inner turmoil is harrowing to watch but this is offset by the camp joviality of Reece Shearsmith’s Norman.

The dynamic between the two men starts off as one of master and servant but we soon realise how much they both need each other to survive.

Sir’s long suffering partner ‘Her Ladyship’ is played by Harriet Thorpe perfectly. Once a grand dame of the theatre world, she is desperately trying to hold on to an element of glamour in a time of war and its hardships. But, she too, is weary – weary of Sir’s self obsession, weary of rationing and weary of life in the theatre. 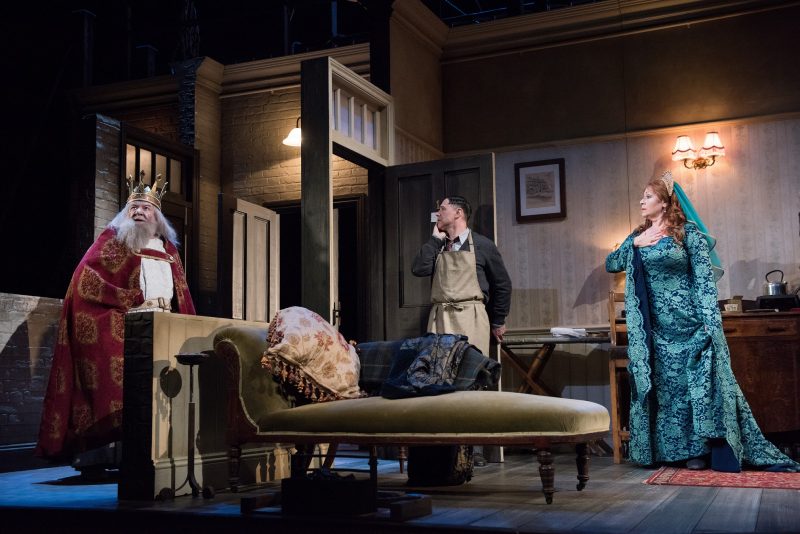 In the second half we see King Lear being performed. The play within a play is cleverly portrayed by Michael Taylor’s set design and the two performances run simultaneously. It is wonderful to witness the power of Stott’s Lear within his powerful portrayal of Sir.

As the aged actor takes his final breath in his dressing room at the end of the play, his loyal dresser reveals the bitterness that he feels at being abandoned by the one person he has dedicated his lonely life to. Sir had become Norman’s family and his life, and without him he is lost.

Renowned as Ronald Harwood’s greatest play, Sean Foley’s production of The Dresser is one not to be missed.

Tickets on sale at www.atgtickets.com

Our iPad Nanny: Can We Live Without Him?

We have a nanny. We call him Paddy for short after he insisted we drop the ‘i’ before his name. Oh, how I love … END_OF_DOCUMENT_TOKEN_TO_BE_REPLACED

Hold on to your comedy Santa hats, it’s that time of year again that we all just love – the pre-Christmas run up to … END_OF_DOCUMENT_TOKEN_TO_BE_REPLACED

As always, we were lulled into a lovely, fuzzy, false sense of security for the first week of term when BAM! The inevitable ‘club … END_OF_DOCUMENT_TOKEN_TO_BE_REPLACED

The C9 Detox And What It Did For Me

These days the market is saturated with wonderful detox plans, promising to cleanse your body of all its sins. The options are endless – a … END_OF_DOCUMENT_TOKEN_TO_BE_REPLACED