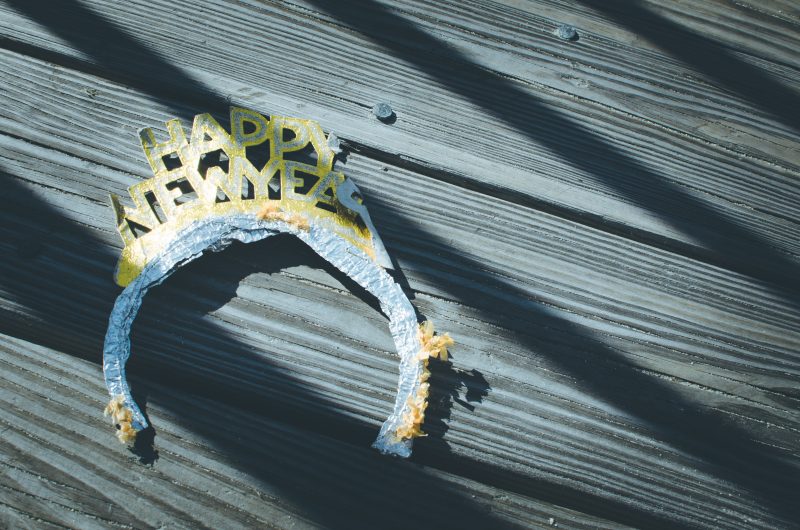 It’s a unique time of year.

PJ’s till dawn, tubs of Heroes on tap, the TV Choice becoming an enjoyable daily read (every word), the house resembling a jumble sale. All totally acceptable.

It’s the lull before The Big One. Hours spent lolling on the sofa, devouring every Christmas special ever made, preserving our energy, like a colony of beached sea lions, fattening our blubber up in preparation for the climax to the festivities: the mother of all nights out, the almighty New Years Eve, or Hogmanay as us Sweaty Socks call it.

Back in the days of my twatty twenties, Hogmanay certainly was the big cheese. Le grand fromage. It had to be the bestest and biggest night of our lives. Pure hedonistic fun. Dancing, downing shots, snogging, more shots, more dancing, more snogging, the bells, then on it went until the wee small hours, with a touch of tiredness the next day. In fact, we’d probably just continue on into New Years Day (none of this was me of course Mum, I was merely looking after my friends).

But now we’re older. Middle aged. Some of us have kids. The invites aren’t exactly coming in thick and fast for the all night parties, the club nights of the year, the three day raves, and even if they were, there isn’t a babysitter available in the northern hemisphere who could help you out anyway.

So let’s have a look at the newer, slightly more restricted options available to us…

We were invited to a dinner party one year by Mum Friend. We’ve all got one of these. If I’d met her before having kids, it’s unlikely we’d be hanging out with each other, let’s face it. But the boundaries are flexible in the mum friend world, and it was either that or staying in and listening to Mr S.H.I.T. whinge that his life is officially over now that he’s staying in with Graham Norton on New Year’s Eve.

I had no idea what the dress code was. Do we get dressed up or do we go casual, and who on earth is going to be there? Please not Really Loud Mum or worse still, Hot Dad. Or God Forbid, Hot Mum.

I decided to go all out. Dress, heels, I even got the big earrings on. Mr S appeared in his skinny jeans, high tops and leather jacket. I rolled my eyes at the middle-aged Justin Beiber in front of me.

We arrived and all I could hear was Really Loud Mum. Of course she was talking to Hot Dad (I felt sick as a flashback of the Christmas class drinks popped up in my head – did I really tell him he looked like Morten Harket?), and then I saw Justin Bieber’s tongue hanging out as he spotted Hot Mum across the room in her spray-on leather trousers. How was I going to last till midnight?

Go to a friend’s house with the kids

This is a good option if you have kids and they have kids and the kids all hang out together. Not such a good option however if the kids don’t seem to be able to talk to each other and come and bother you every two seconds asking when they can go home. This is when the iPads need to be brought out and then grown up time can resume again.

One of the Little S.H.I.T.s did ask me a couple of years ago why adults think it’s fun to start talking louder and over each other as the evening progresses, and then told me how embarrassing it was when her Dad got up on the table and started to play air guitar, while screaming ‘Livin’ on a Prayer’.

This was all great fun until about 12.05 when it was time to get Jon Bon Jovi home with the Bon Jovi offspring who were, by this point, all deranged with exhaustion.

I like this one these days to be honest. My twenty something self would obviously have thought this was the saddest thing ever, and Mr S.H.I.T. still does. I’m sharing my life with someone who still thinks NYE should be the best night of the year, and struggles with the ‘safer’ options open to us these days.

We stayed in last year and I loved it. A board game with the kids, a nice dinner, then a nightcap with Mr S, while watching the bells chime at midnight from various overcrowded-looking parties across the country on TV, while being smugly grateful that my bed was, oh but a few steps away, while all these poor partygoers had to somehow get home.

So what are you up to? You’re no doubt all going out to a rave and nothing’s changed in your lives since 1996 – it’s only the S.H.I.T.s who lead a sheltered Hogmanay existence. Just don’t tell Mr S whatever you do, he’ll be there in a flash with his whistle round his neck.

Whatever you end up doing, I wish you all a very, very Happy New Year and I’ll catch you in 2018.

I’ll be tee-total, will be entering an Iron Woman, and learning to speak fluent Norwegian.