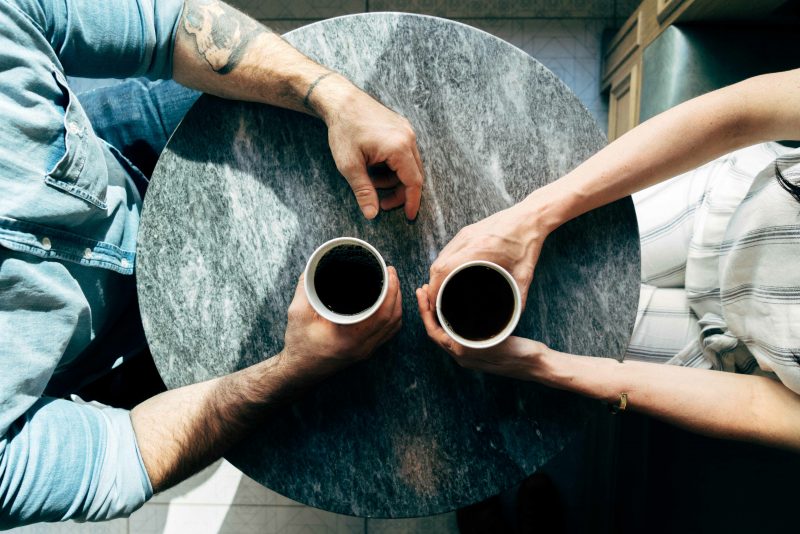 Two small words, though often so hard to do.

And they’ve all been talking about the same thing: Mental Health and how it has affected them.

The hope is that with such high-profile figures talking openly about it, a national conversation will be opened up. This is the idea at the forefront of Heads Together, the charity founded by the young royals, who have, themselves, been talking frankly about their own experiences.

Because let’s face it, if these people can open up about their own struggles with mental health issues, then maybe we can too. These people who we wrongly think have it all – fame, money, glamour. Surely people like that can’t be anything but happy?

But it doesn’t matter who you are, where you come from, or how rich and famous you are, one in four adults are likely to need professional help for mental health at some time in their lives. And three children in every classroom have a mental health issue.

And the main problem historically in this country, is the stigma that surrounds this subject.

Headcase is another charity, founded by Liz Fraser, whose aim is to rebrand this illness by providing a new, radically different and much-needed platform for mental health to be as cool, edgy, funny and sexy as anything else. To help millions of people who still don’t want to talk about it, because they have nowhere to go that speaks to them.

Liz and her team have been travelling around the country talking to hundreds of young people at colleges and universities, helping them better understand their mental health at a time when they most need it. Like Heads Together, they are making sure people know it’s OK to talk.

When I suffered from a bout of depression in my early 20’s, I was in denial. I had a charmed life, had attended a good school, had great friends, had had the time of my life at university and felt pretty much invincible.

And then it floored me like a fast left hook. Out of nowhere.

Crippling panic attacks, feelings of impending doom, nothing felt normal in my head anymore. I wouldn’t have wished it on my worst enemy, and the terrifying thing was, I had no idea what was happening to me.

I felt utterly alone because there was this overpowering sense that nobody else understood. Whatever was wrong with me had clearly never happened to anyone else, and nobody could help.

I did try to talk, but I felt like a freak as I tried to describe the fear that intruded every part of my body, the feeling that I could hardly breathe, the whole world becoming a distortion of overly bright lights and outer body experiences. And this could happen at any given time of day, for no reason whatsoever.

Let’s not forget that we were all carefree twentysomethings at the time. Nothing bad happened in our lovely bubble of youth. The main concern was which pub to go to, how much cheap booze we could drink, and who’s turn it was to shout the kebabs on the way home.

Our world was fun, and anybody who wasn’t able to embrace that, wasn’t really welcome. Or so I thought anyway.

Luckily, I had my mum. I knew I could talk to her about anything and I did. At 2am, 3am, 4am, when I couldn’t sleep for fear of never waking up, my heart about to explode out of my chest and my pyjamas drenched in sweat, I called her and she always listened.

Finally, she suggested I was suffering from depression.

DEPRESSION? Erm, I don’t think so.

That word was associated with weirdos, loonies, unhinged types, and certainly not people like me. Imagine the embarrassment of having to tell people that? But she got me to our local GP and he was wonderful. And I talked and talked and talked. And from that day on, a weight lifted from my exhausted shoulders and my recovery began.

But I still didn’t talk to anyone else. I couldn’t admit that mental health was my illness, for fear of what people would think of me. And this is exactly what charities such as Heads Together and Headcase are trying to do: lose the stigma that mental health has carried for such a long time. The shame, the weakness, the fragility that it has been associated with.

Nobody hesitates for one moment about telling people they suffer from hay fever. They would never fear that they might be then seen as a lesser person, or somebody who ‘can’t cope’, or that they will be judged as a fruit loop because they have asthma or arthritis.

We need to remove the stigma so that everyone knows it’s OK to talk. It’s not only OK, it’s good.

We can do this. Open up those conversations with your kids. Talk to them about mental health just as you do about other ailments. Most children are unaware that taboos exist, they see the world as it is.

The earlier we educate them that mental illness is just another illness, like all the others, the better. Some will suffer, some may not, but nobody should feel they can’t share it.

Find Heads Together on twitter at @heads_together and Headcase at @InMyHeadcase