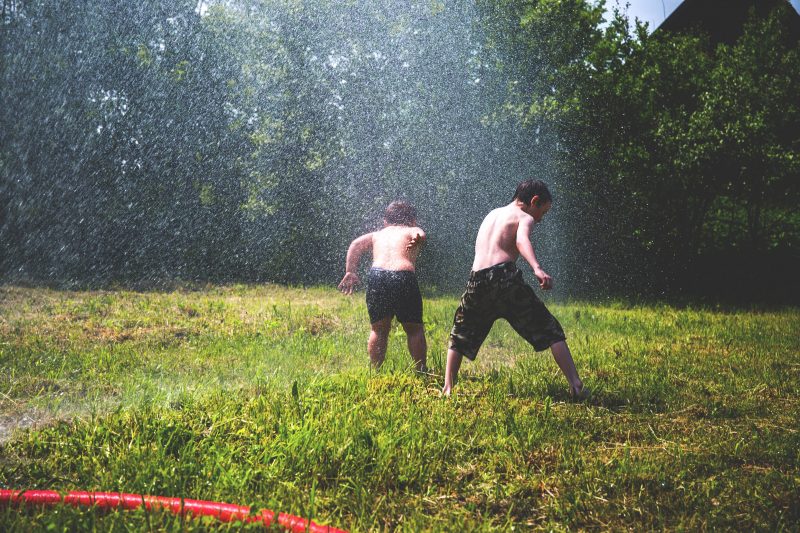 “But what’s wrong with just being at home and letting them play?” Granny S.H.I.T. April 2009

Since my three children were tiny, my mum’s words have been ringing in my ears.

She would say this usually as I’d just forced the baby out of a lovely lunchtime slumber, was tearing around trying to get ‘the bag’ ready and she was witnessing her daughter spinning out of control amid a sea of  nappies, nappy bags, bottles, back up bottles, wipes, back up wipes and four sets of spare clothes.

Usually baby and toddler would be screaming by now too, and I’d be on the verge of a breakdown. And for what? To get my two and a half year old to Monkey Music, why of course, where she’d never sit still in the circle, I’d feel mortified that all she wanted to do was trash everyone else’s ‘bags’ and the baby would cry. We didn’t last very long.

I’m not dissing such activities at all, don’t get me wrong. They saved me at this early sleep deprived stage, when I just needed to get out of the house before I smashed the Ninky Nonk into tiny pieces. Though I get my dear mother’s point. Why put yourself through this added harassment, when you could stay at home and let little people play with their toys and just be?

But I needed it back then. I needed to see other mums, whether I actually had a proper conversation with them or not. I don’t personally think the music side of it did much for my child, but a brief exchange on whether anyone else fancied Cbeebies‘ Andy AND Sid (I know, I’m greedy) would do me just fine, and keep my sanity intact.

Now the little S.H.I.T.s are older, activities have gone up a gear. Your bog standard soft play doesn’t cut it anymore. There’s Go Ape, climbing walls, dry ski slopes…who’s to say we won’t be seduced by sky diving and helicopter rides once the local zoo has served its purpose? And all at vast expense.

But who is it for? Them or us?

I find myself spending a week’s earnings on a trip to Chessington World of Adventures, determined they’ll have the day of their lives. It’s all there in my head: rosy cheeks, candy floss, guffawing at each other’s jokes, a general fuzzy love fest. And mummy glowing with pride and joy at her clever idea to remortgage the house to give the children yet another amazing day out.

The reality: hideous scenes trying to get everyone out of the house, hatred steaming from all of our ears, bickering the entire journey, queues to get in, tears when not everyone is tall enough for Dragon’s Fury, while mummy mutters obscenities under her breath about how ungrateful everybody is, and why does she even bother.

Our parents had far fewer of these options, so we just didn’t do it. And we turned out just fine – riding around on our choppers, playing with bubble wrap, trying to make Morph and Chas out of crusty, old bits of plasticine and generally mucking about. We made up our own fun and used our imaginations.

And I’ve realised that my kids don’t actually ask for it. They certainly don’t need it, but we’ve become embroiled in this frenzy of structured activities because, as parents, we think we should be doing it all.

In the 80’s we had Brownies or Cubs, with maybe the odd recorder group thrown in, but much of our time was spent mucking about after school.

Now there are thousands of clubs on offer from every sport under the sun, to computer animation, and how to be a Disney film director by the age of eight.

Some kids do at least two clubs after school then have their weekends packed with tennis, gymnastics and music lessons. I’m not saying that’s wrong – some children want this and sport is important, especially for this generation who lead a far more sedentary lifestyle than we did due to their screen culture.  These clubs are also necessary for many working parents, as a solution for after school childcare issues.

But is there a point when you need to curb the amount of clubs they are doing, because they’re losing that joy of just being a child when ‘mucking about’ is part of the simplicity of life? Sadly many of our kids don’t know how to do it, saying they’re bored every two minutes if they’re not in a structured environment being told what to do.

Many of us parents are guilty, too, of creating this club addiction. Even if we said we’d never succumb to it, we find ourselves slipping into the well of club fever because it seems that every other kid in the world is learning to play French boules.

So now that the summer holidays are upon us, is it time to leave the kids with some bubble wrap and a cardboard box, put the sprinkler on in the garden when the sun’s out, throw a few jaffa cakes at the situation, and just let them be?

Let’s see how long we last….I’m giving it a couple of days until the credit card comes out and the S.H.I.T. family are all off to Oxygen Trampoline Park. But I’ll give it a go.