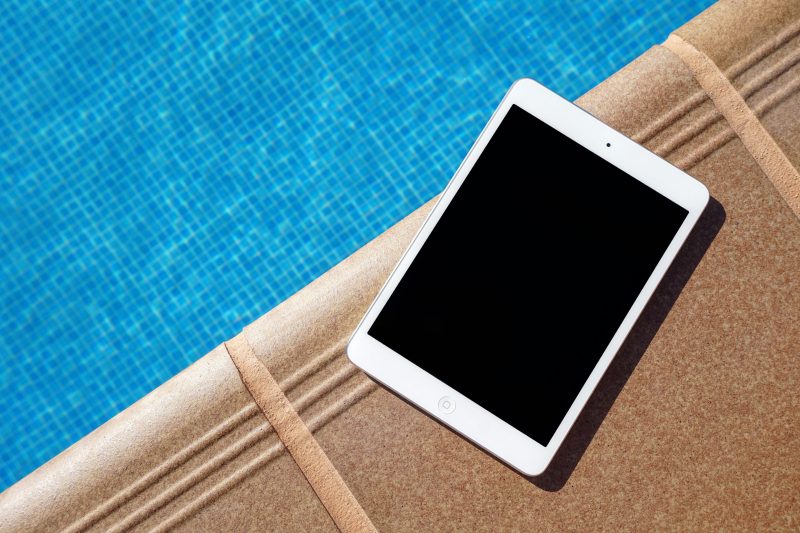 We have a nanny. We call him Paddy for short after he insisted we drop the ‘i’ before his name.

Oh, how I love him at times. But oh, how that love can change to hatred in an instant. I’ve never had a relationship like it. My emotions are all over the place and I’m not sure what to do.

As nannies go, he’s very reliable. Always on time, always ready to get cracking with the children (as long as he’s had a chance to recharge his batteries overnight) and always keen to work whatever hours are needed.

We agreed to up his hours during the holidays. I had such good intentions of entertaining the children myself but soon realised I needed him more and more. Paddy seemed keen for the work and the children were thrilled.

You see, the children love him. Well, they think they love him and generally it’s happy days for the first hour. Then he starts to annoy them. And they fight for his attention. Before I know it I’ve flown through in a rage to find out what’s going on, and demanded that Paddy ‘Please LEAVE!’

Well, between you and me, I’ve been known to grab him roughly and throw him into another room.

Let’s hope he doesn’t report me…

Sometimes though, as I’m angrily manhandling him, he starts to talk to me, and before I know it he’s calmed me down. I can open up to him about anything that’s bothering me from ‘how to get that poo stain out of the carpet’ (not mine obviously) to ‘whatever happened to Zammo, Roland and Gripper from Grange Hill?’ And he’s the only person who truly knows the extent of my obsession with the cast of Made in Chelsea.

The children are enraged when they find me hanging out with their beloved nanny. “How come you get to spend time with Paddy? It’s not fair!”

At this point I realise that I’ve spent long enough on my own with him – people might talk – and quietly suggest that he knock off early for the day. We need some family time.

Always amenable, he heads off to have a rest and recharge.

We cope brilliantly without him. In fact, the children almost forget they ever had a nanny and they play! Yes, they actually play with each other and I play with them. I can’t help but glow at my ‘hands on’ motherly skills.

After this success, I plan to give Paddy a couple of days off but have a change of heart when I remember the long car journey the next day to visit Great Aunty Marjorie.

Paddy is happy to come along despite my suggestion that he stay in the car once we get there. I explain that Aunty Marj would most definitely disapprove of me having him.

As usual it all starts well, I even ask him to play an educational game with each child in turn (this relieves the guilt that I should be going old skool, with wholesome car journey games such as I spy.) But the calm is only temporary as tempers begin to fray in the back as he starts provoking them again. Everyone wants Paddy’s attention. I lose it once more and demand that he come and sit with me in the front.

The inevitable tears of frustration follow – from both myself and the children – and for once we are all relieved that Aunty Marj has her plate of stale Bourbon biscuits at the ready for us.

When the Husband arrives home that evening, he asks where Paddy is. I explain that he is resting – it’s been a busy day.

The Husband then disappears after dinner. I soon discover him and Paddy hanging out in the other room talking about sport again. They’ve struck up quite a bond and that familiar feeling of jealousy seeps through me. Jealousy that he’d rather hang out with Paddy than me, coupled with annoyance that actually I’d quite like to continue my discussion with Paddy about denim dungarees and whether or not I’m too old for them.

I quietly leave the room (neither of them had even noticed I was there anyway) and start to wonder about our nanny. Was it really such a good idea employing him in the first place? He’s taken over our family. We all vie for his attention and have stopped taking notice of each other. I need to reclaim control.

When the Husband eventually says goodnight to his new best friend, and comes to bed, I voice my concerns. He agrees and we discuss the benefits to us all if we give him his notice.

But not before we’ve asked him to come on holiday with us, of course – we’re just not sure we can cope with the two hour flight without him.

Oh Paddy, as much as I love to hate you, I think you might be here to stay.