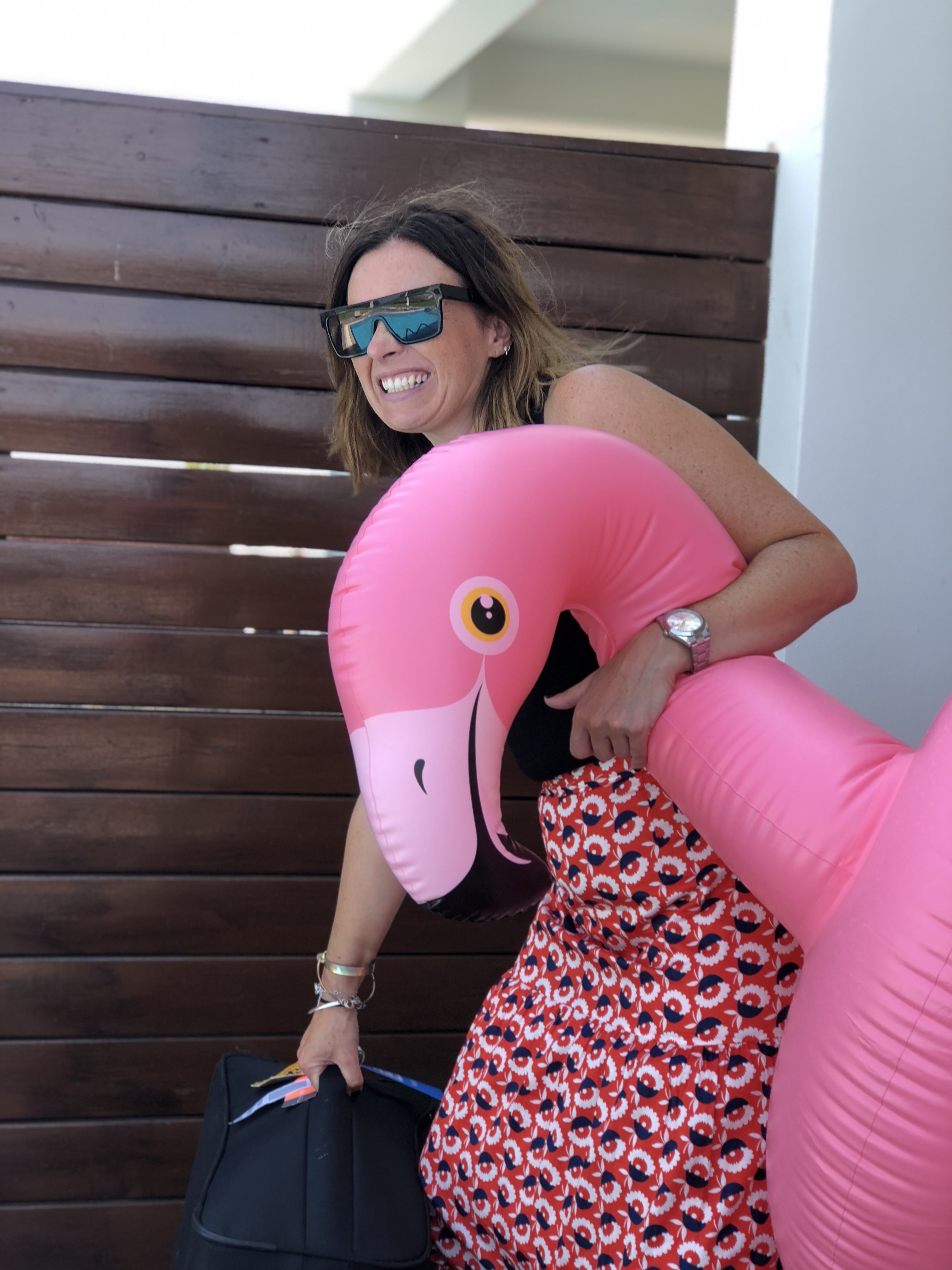 I just popped into Boots to get some sun cream. £395 later and I think I’ve got the holiday ‘just in case’ provisions sorted.

Always err on the side of caution is what I say because clearly other countries may not have shops.

The Ladycare Magnet might just come in handy, and I couldn’t resist the 2 for 1 offer on verruca socks. Just wait till one of the children raises the emergency verruca alarm bell by the pool, then I can be Mrs Smuggy MacSmug as I whip out an attractive rubber sock, and walk around for the rest of the day glowing in the knowledge that in that one instance, even if it never happens again, I was indeed the best prepared mother in the world.

All I need is my toothbrush, my pube strimmers and some Gaviscon.

Mrs S.H.I.T. has yet again filled an entire suitcase with useless things from Boots that won’t be used and will sit in the bathroom cabinet collecting dust for years to come.

I have to admit her ready supply of wet wipes and Calpol sachets are very useful – for all the family. But some of the other things…. Jeez, is that a pair of verruca socks I see? I thought they’d stopped making those back in 1989.

Now I have purchased all the necessary provisions, it’s time to get on with the dread that is the packing.

I swear I used to love packing, possibly even found it an exciting prospect. But that was before I had 5 people to think about and now it just makes me want to scream and eat. I’ve already attacked the kids’ flight treats. Those treats that are meant only for the kids. On the flight.

I just need to get on with it and get my awesome packing system going. Nobody can get in the way of the system. Swimwear neatly folded in one area. T-shirts in another, and so it goes on.

If Mr S.H.I.T. thinks I’m doing his packing for him however, I may just have to suffocate him with a verruca sock.

Mrs S is in her usual pre-holiday moody nightmare state of mind, muttering obscenities about packing and making a song and dance out of heaving the suitcases out of the loft. The huffing and puffing and mopping of brow is somewhat extreme in my opinion. I pretend not to notice anyway.

Best keep out of her way and let her get on with it  because I know she likes to be in control. There’s some kind of system that nobody else understands.

I think she’d probably like to do mine too seeing as she’s so good at it. I’ll just leave my empty case out next to the others to see if it takes her fancy….

To provide endless entertainment on the flight and to avoid embarrassing squabbling between the Little S.H.I.T.s. without using the lazy option of screening them up (because that’s not the parent I am – from now on), I’ve got colouring books, puzzle books, actual books, pens, stickers, more snacks than the kids have seen in their wildest dreams (hang on, who ate all the Creme Eggs?) and spare pants in case of any accidents – this is not limited to the kids. What a wonderful one upmanship parenting moment that will be when I whip those out. One nil to me.

However I can hardly lift my hand luggage now, but must not let on because I know Mr S will mutter about how ridiculous it is to buy the entire contents of WH Smith when all the Little S.H.I.T.s want are their iPads.

She can hardly lift her hand luggage but she’s pretending she can. What the feck has she got in there? In my view (which I would never dare give obviously) all they need is their iPads.

And please don’t tell me she’s got spare pants in there for everyone, including me. Mind you, there was that time on that flight after a particularly punchy curry the night before… a divine intervention from God is the only way I could describe her and her spare pants then.

Suitcases bursting to the brim but packing mission is complete.

House spotless as I cannot leave it anything but immaculate before we go away anywhere. More immaculate than it ever is normally.

Little S.H.I.T.s washed and polished and tucked up in bed ready for the big travelling day.

I head to bed at 10.30pm deciding that it will now be a family holiday for 4, when a very merry Mr S appears. On realising his case remains empty, I witness the packing of a p*ssed middle aged man.

One T-shirt, one pair of shorts, one pair of trunks, some Gaviscon and what on earth is that ridiculous piece of swimming headgear that is taking up most of his suitcase?

I am going on holiday with a teenage moron. 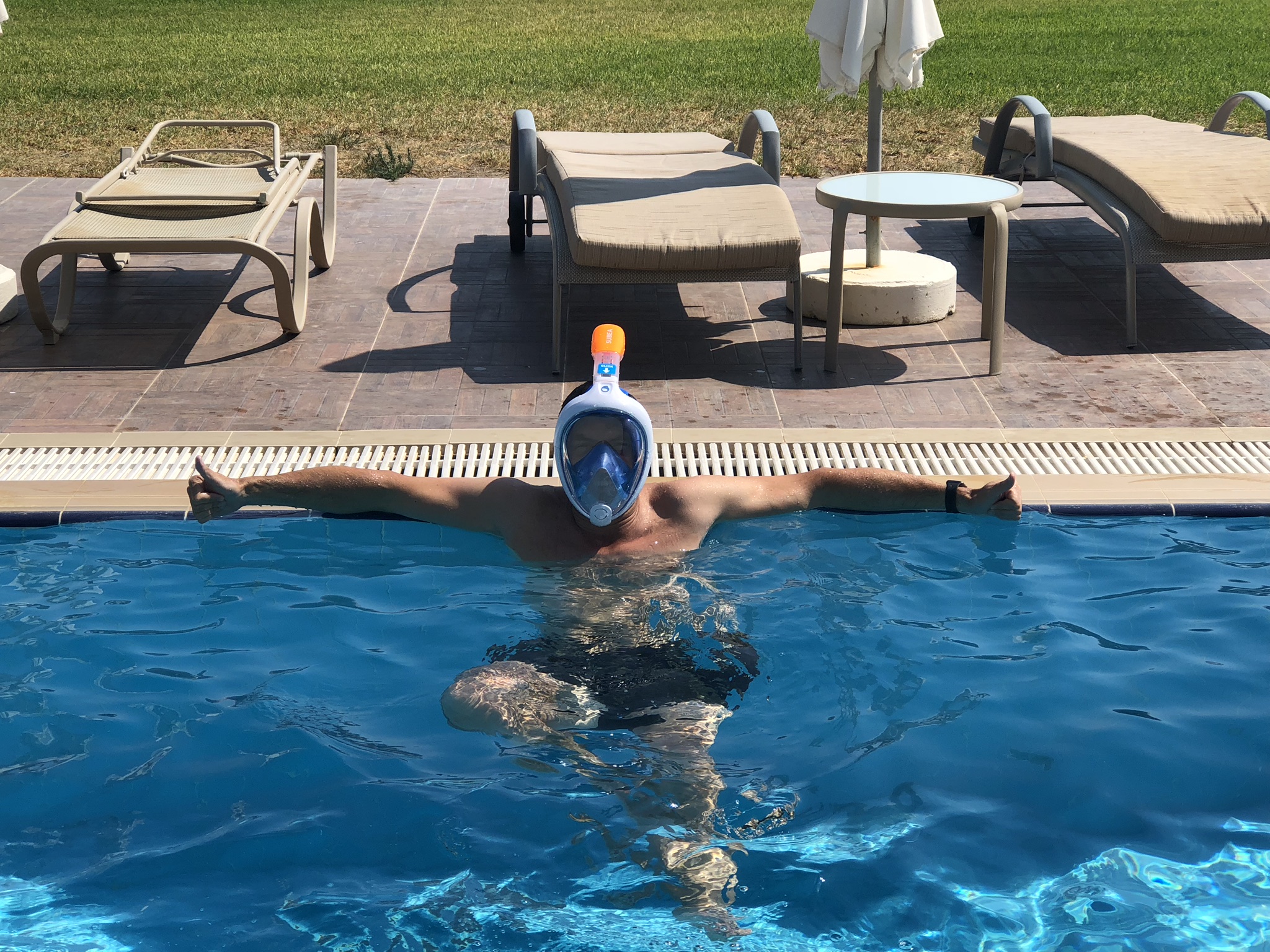 As is customary before I go on my annual family summer holiday, I go for a drink with the team after work to celebrate.

Obviously I mean to just go for one but it would’ve been rude not to stay when Gary from HR announced it was his birthday.

I am very pleased with myself though when I get home by 10.30pm and had hoped Mrs S would be pleased too.

This does not seem to be the case however, so as disappointed as I am when I realise she hasn’t  packed for me, I decide it best not to express this and just get on with it myself.

Two minutes later and it’s done. I’m not quite sure why she makes such a song and dance of it all but clearly not everyone is as efficient as me.

I soon realise I am in big trouble when she doesn’t so much as crack a smile when I try on my really cool new swimming mask for her (it’s going to be awesome for my triathlon training by the way) but instead mutters something about idiot and moron.