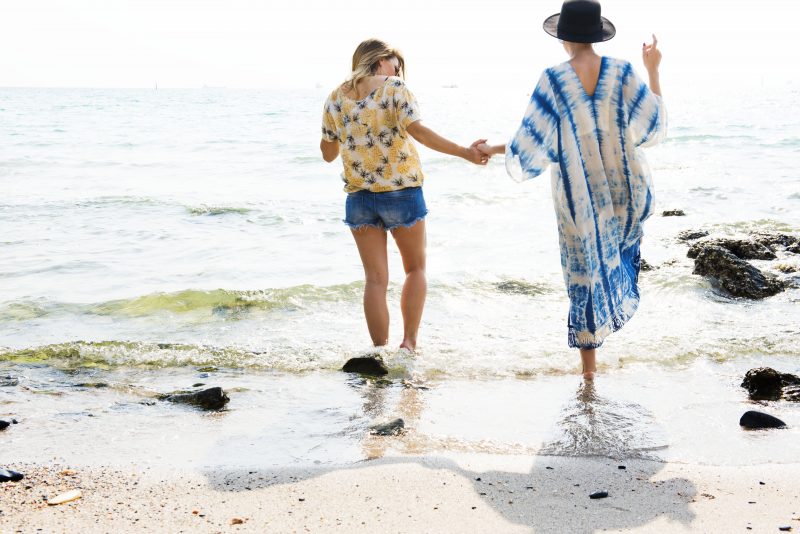 “I also think it is important for women to help one another. I have a saying: there is a special place in hell for women who don’t.”

So why do some women feel the need to put other women down?

It starts young, in the playground. That dread in the pit of your stomach when your child first comes home to tell you another girl has been mean to her. The other girls aren’t playing with her anymore. She heard two of her so called ‘friends’ whispering about her.

Here we go, the inevitable female bitchiness has begun and you know you’re now going to have to navigate her through years of this strange female pastime.

We’ve all been there: bitching behind backs, putting other girls down, spreading gossip, marginalising.

Whether an instigator or on the receiving end (or perhaps both), it unfailingly feels like shit. I don’t know anyone who can, hand on heart, say they’re proud of this kind of behaviour.

We’d all love to be able to tell our daughters that it’s just a stage, it’ll pass. How can you break it to them that, sadly, it doesn’t stop in the playground?

It only gets worse in the teen years when hormones are raging and insecurities take over.

But, oh no it doesn’t even stop there. It carries on into adult life when grown ups really should know better. In the workplace, amongst mums at the school gates, even between friends.

As far as I know, it’s very rare for a man to feel the need to twitter about another man behind his back. Their friendships seem fairly straightforward. If someone’s doing well, then good on them. If someone crosses them, then it’s time to tell them to stop being a dick and it’s done. No hard feelings.

If only the female species could be so simple.

However, sadly some women just can’t seem to stop themselves. It’s their sport. A power trip. Putting other women down to make themselves feel better.

It’s not everyone. Fortunately there are plenty of ladies out there polishing their fellow females’ crowns. But there are the few who can’t bring themselves to do the polishing bit. They’d rather stamp on them instead, and pick off the jewels.

For those who see this as a pastime, it’s there in abundance when another woman is doing well. Why, there’s a fellow female on her way up, enjoying success, feeling good about herself. We’d better put a stop to that. Why should she seem to have it all – a good job, amazing clothes, a great relationship – let’s crack on with the age old bitching game.

But how about we share in their joy. Congratulate them. Pat them on the backs. Women supporting women. It’s just far more enjoyable all round.

And we don’t have to be superwomen to deserve acknowledgment from each other. Just going about our normal lives is super enough – taking care of our families, our kids, ourselves, getting to work, putting food on the table, dealing with the highs and lows that life throws at us.

I want my own daughters to love and embrace their friends, to feel a genuine glow when they do well. Not to be bitter and envious, and stab them in the back. To share in the happiness of their achievements, and to be there to lean on when the chips are down.

I hate the thought of them being bitched about, or them bitching about others. I encourage them to support each other, lift one another up, to raise their glasses (of juice, and perhaps later champagne) in celebration when another girl does well.

And above all, simply be kind to one another.

We all know it’s far more fun to join forces and be a team than to be a lone, bitter old Mrs Mangel, gossiping and trying to bring other women down.

So let’s remember to celebrate our sisters and polish one another’s crowns. We’re all queens after all.