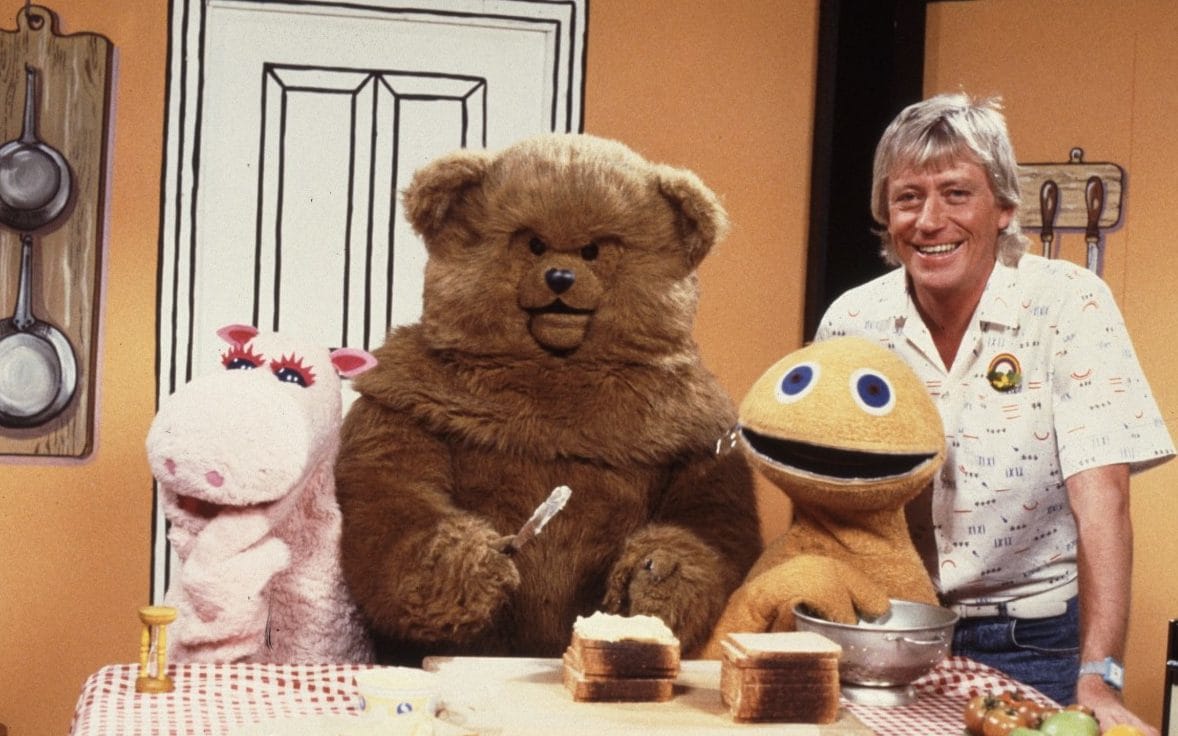 He was a hero. A legend. A teacher of morals. An entertainer. And a big part of our early lives.

Yes, I am talking about Geoffrey from Rainbow, who sadly passed away this week at the age of 76.

With his passing, he has taken a little piece of our childhoods with him because, let’s face it, if you were born in the 70’s and you didn’t watch Rainbow in those heady preschool days, you must have been living in a commune in the Outer Hebrides with no access to electricity and running water.

Rainbow was at the centre of our carefree, itchy tank top wearing days.

Geoffrey and his friends, Zippy, George and Bungle were our rockstars, all living together in their Rainbow House – not forgetting Rod, Jane and Freddy, who would pop by for a musical interlude every so often.

So legendary were they all, that Zippy, George and Bungle each have their own Wikipedia page. And quite right too. 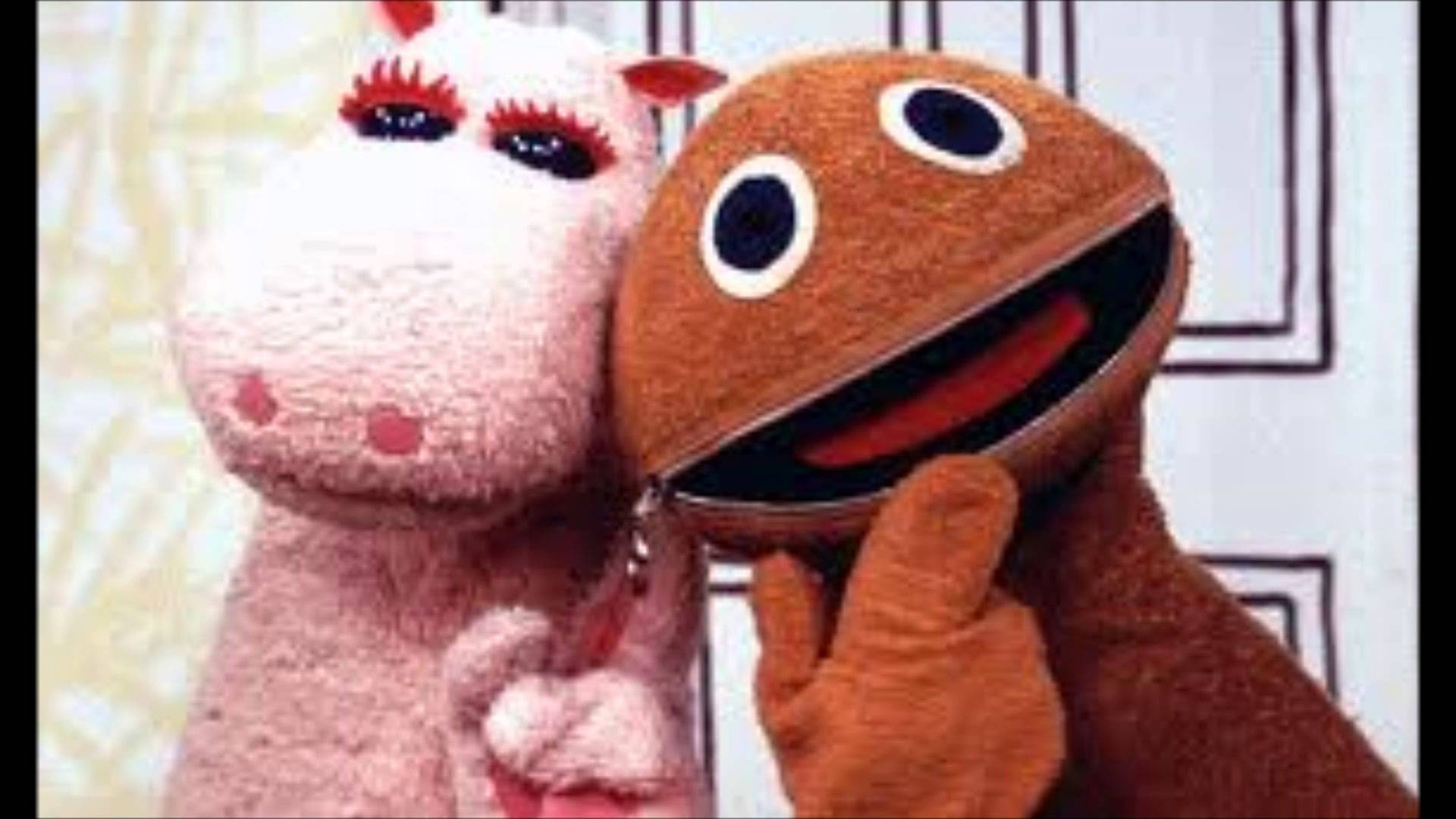 ‘Zippy is a brownish-orange puppet with a rugby-ball-shaped oval head, blue eyes and a zip for a mouth, hence his name. It is unclear what kind of creature the character represents. Zippy bears no obvious resemblance to any real animal. Presenter Geoffrey Hayes has said of him, “I don’t think anyone has a clue what he’s meant to be.” (Wikipedia)

Zippy was the cheeky one. The selfish one who struggled to share. The naughty one who would wind up docile George and sensible Bungle. The one who we all learnt how not to behave from. But really, a part of our pre-pubescent selves kind of wanted to be a bit more Zippy and much less Bungle, let’s be honest.

‘George is an effeminate anthropomorphic pink Hippo. Sporting long eyelashes, George often appeared to be initially outwitted by the more extrovert and egotistical Zippy. However in the manner of The Tortoise and the Hare, George normally won through in the end.’ (Wikipedia)

You couldn’t fail to love George in all his pink, camp, snuggly loveliness. I just wanted to cuddle him, stroke his eyelashes and have him come and live at our house.

‘Bungle is inquisitive but also clumsy, and each show typically represents Bungle involved in a comic dispute with the other puppet characters, Zippy and George, with Geoffrey Hayes mediating. Bungle appears without clothes during the day, but puts pyjamas on to go to bed and has a towel round his waist after a bath.’ (Wikipedia)

Yes, I certainly found that last bit rather puzzling.

But Bungle was a little on the dull side, I think we’d all agree. Unfortunately for him, he had that boring adult voice and the others clearly found him a pain in the ars.

And last but certainly not least, Geoffrey

‘Geoffrey’s relationship to them was unclear, other than being a kind of mentor/teacher/carer (although he is referred to as ‘Uncle’ Geoffrey in at least one episode). The fact that he is always referred to as “Geoffrey” and never “Dad” may suggest that he is their professional carer, and that they live in an idealised, timeless “foster-home.” (Wikipedia)

Perhaps Wikipedia have slightly over-analysed the dynamics of the Rainbow gang here, but a kinder, more patient man than Geoffrey there couldn’t be.

He was always there, calmly sorting out the issues between his mouthy puppet friends.

This model of self-control could have taught our parents a thing or two. The red mist never descended upon Geoffrey. Only very occasionally did he feel the need to zip Zippy’s larey mouth up when most adults would have flushed Zippy’s head down the loo after episode 2.

And while mediating between his puppet co-stars, he taught us morals on how to be good and kind and to do the right thing. Then to top it all off, he would treat us to a story from the Rainbow Storybook.

Sadly once this much loved kids’ programme came to an end, Geoffrey Hayes struggled to find work in television due to being typecast as Rainbow’s Geoffrey. He ended up stacking shelves in Sainsbury’s and drove a taxi for a while, with occasional TV appearances on the back of his Rainbow fame.

But for all of us who grew up with him on our screens every day, his passing has taken a little piece of our childhood with him, but we’ll always have those fond memories of juice, biscuits, itchy tank tops and painting the whole world with a rainbow.