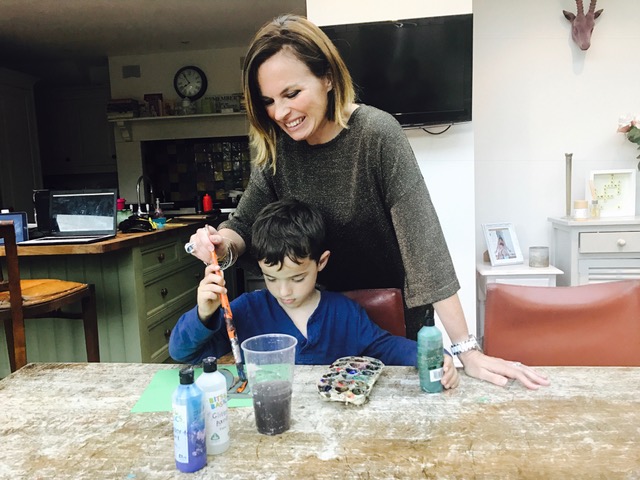 So the summer holidays are in full swing and the bleary-eyed 6.30am wake ups, packed lunches and screams of “Brush your hair, brush your teeth, it’s not me who will have to walk in late in front of everyone!” are all but a distant memory.

Ah, the calm that must envelop the house these days.

Perhaps the crammed ‘craft cupboard’ that makes you want to scream every time you walk past it has come into its own. Yes, I can see it now; laughter and joy filling the air while your nine and seven year old girls sit making friendship bracelets as you tenderly check their handiwork.

Your five year old boy has finally found delight in the Toy Story paint set which has sat unused since his third birthday, and you’ve proudly displayed his perfect Woody and Mr Potato Head on the kitchen wall.

And how lovely having no school uniform to adhere to. I presume the girls appear in the morning having dressed themselves in those beautiful broderie anglaise dresses you bought them. The boy will no doubt be in a navy blue polo shirt and your favourite stripy shorts. Shall we pop a ribbon in the girls’ flowing, glossy locks? Oh, go on then.

As for the fun you must all be having outside in the glorious summer sun. I’m picturing a hula hoop, skipping ropes, perhaps even a golden Labrador puppy, playfully jumping up at the children while they giggle excitedly (not sure where you’ll get the pup from but still…).

I know you’ve imagined yourself in a long, white Victorian style dress and straw boater, sitting under a parasol, smiling at the children’s joyful play, perhaps with a jug of homemade lemonade waiting for them. But come on, that’s a step too far. That’s actually a Merchant Ivory film you’re now in, by the way.

Back to the present day then. This all sounds so idyllic, so what happened CFM? Where did it all go wrong?

I’ll tell you where. Yes, the craft cupboard got invaded, but the minute the friendship bracelet kit got yanked from the middle of the precarious pile of boxes and the entire craft cupboard contents spilled all over the floor, your blood pressure shot up.

Keep calm you told yourself, we can put it all back later, at least they’re finally off the iPads. But then the instructions for said friendship bracelets were so ridiculously complicated it took you five re-reads to work them out, and by then the screens were back on.

“Right I’ve mastered it!” you triumphantly exclaimed. “Get off those screens!”

But you couldn’t quite bring yourself to let the girls take over where you’d started off. The heart design bracelet was coming on so well, after all.

“Ok ok. Now, are you sure you know what you’re doing?” you impatiently asked.

I hope you took a step away at this point and stopped breathing down your child’s neck. Let her do it herself. But oh no, oh no! She managed to get all the threads tangled and you snapped, “Well done, you’ve ruined that one then.” And she cried.

As for the Toy Story work of art, well, you had to all but stop yourself yanking the paintbrush out of poor little five year old’s hand after you exasperatingly watched Woody turn into an unrecognisable brown blob. 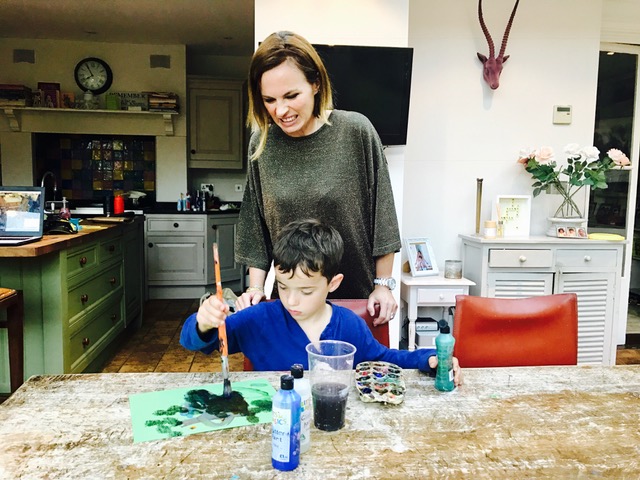 Let’s move on to the children getting themselves dressed then. How did that go? After you asked them fifteen times (nine times as patiently as you could muster, six times as psycho screaming CFM) the children finally headed off upstairs. And congrats for letting them pick their own clothes. No need to lay out your desired outfits for them anymore – a BIG step in the right direction.

Oh, I see, you did lay the broderie anglaise dresses out just in case they fancied them. And so? Oh dear, they both appeared sporting the same garish sequinned t-shirts they always wear, one with fetching pink leggings and an orange puffball skirt, and the other in those awful denim shorts.

Now keep calm, breathe, your blood pressure is rising again. Remember it’s what they want to wear, not you. And what about the boy? Did he wear the navy blue polo shirt? Surely not the black Star Wars t-shirt (yet again) with Darth Vader looming towards you in a deathly vice grip?

So forget it, at least they got dressed. That’s the main thing. Time to head out to the great outdoors.

Did you manage to sit quietly on your own and watch them play in the summer sun? No, you didn’t, did you? You saw a slither of precious time that could be used to make your house look like a centre spread from The White Company catalogue. But it’s a futile gesture, as you know, because you try this everyday and only get frustrated. All your towels are manky and mismatched. Not a white, fluffy, Egyptian cotton one in sight.

You then spotted the abandoned friendship bracelet and couldn’t help yourself from detangling the tangled mess. Before you knew it, you’d finished it. You were even wondering whom you might give it to when the three little people stormed back inside, crying that somebody pushed somebody and nothing is fair. Then more tears as seven year old realised you’d taken ownership of the friendship bracelet and it was hers after all, not yours.

Oh dear CFM, are you seeing a pattern of behaviour here? Not their behaviour, but yours.

Did you get them together for a group hug? No, you immediately sent them all to their rooms, but not before screeching, “Don’t touch anything as I’ve just tidied in there!” (And they look as close to the perfect bedrooms in the Aspace catalogue as they’re ever going to get).

So, your controlling is out of control and makes nobody happy, least of all yourself. You can scream “MINDFULNESS, MINDFULNESS, MUST BE MINDFUL” inside your head as much as you want but it only causes you to panic.

You need to let them trash the house (you could always let them tidy it later), let them mess up their crafts, let them express their own fashion sense (as hideous as it seems to you at times) and let them make a little mess in their rooms without you coming out in a cold sweat.

They’re children. You’re their mother. All they want is for you to relax. Your house is never going to look anything like The White Company catalogue and does it really matter? You’re making everyone miserable, especially yourself.

As only Elsa could say, “Take deep breaths, count to ten and let it go.”

It’ll be a much more fun summer holiday for you all.