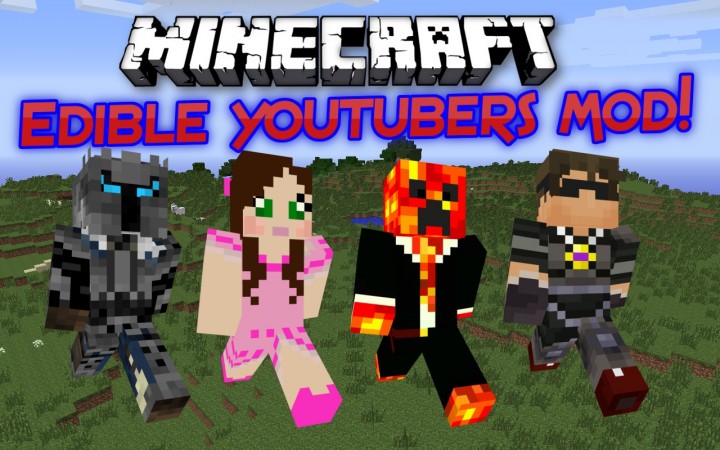 Does anyone else feel like they’re sharing their house with the voice of a 25 year old yoof with big black earrings, who could do with getting outside in the fresh air a bit more?

That’ll be the YouTubing phenomenon that is the great, the almighty DanTDM. Or Dante DM as my friend thought he was called. You can imagine the horror on her tween son’s face when he realised that’s what she’d been calling his idol for 6 months. “Dante? Dante? Are you serious? That’s, like, sooo embarrassing.”

Yes, Dan The Diamond Minecart, to use his official title, can talk for hours from within the iPad screen, if you let him – this can easily be done on a hungover Sunday morning. Before you know it, Dan’s been droning on for 3 hours solid.

When I say millions of kids, I literally mean millions.

Dan is the Kim Kardashian in the world of professional YouTubers. No actually, he’s more the Kourtney. PewDiePie is the Kim of the family – the American grand fromage who’s a bit sweary (my children are still in that lovely virtuous stage where swearing is deemed to be very disappointing).

PewDie has 52 million followers, while Dan has a mere 13.8 million, the 3rd most subscribed channel on YouTube in the UK (32nd in the world to be exact).

He does tours, he sells merchandise, most boy fans want to dye their hair black blue and comb it over, just like Dan. Maybe girls do too. These kids can tell you his shoe size, the number of tats he has, his wife’s name (she’s a YouTuber too by the way, goes by the name of JemPlaysMC). Must be hours of fun at their house.

And if you ask that awful question that everyone insists on asking you when you’re growing up, “So what do you want to be when you grow up?” you can bet your sorry ars, many kids dream of being a YouTuber.

Who can blame them when the likes of Dan are apparently making $15,000 a day? Not that it’s the money the little people care about, it’s the fact that you get to play your favourite games all day, and nobody is yelling at you to get off the screen. Now that’s pretty cool.

And it’s not just PewDie and Dan, there’s Stamplongnose, Thinknoodles, LDShadowLady and her boyfriend SmallishBeans – let’s hope he hasn’t got smallish beans otherwise LD’s not having much luck. Probs got a great Minecraft technique though.

Anyway, Dan has got himself into hot water with the London Fire Brigade this week.

He posted a video on his channel of him taking a blowtorch, no less, to a Hatchimal toy (did I forget to tell you he posts really ‘hilarious’ childish pranks too?).

In case you didn’t know, Hatchimal toys were the ones that parents would eat their own poo to get this Christmas as they were so popular.

In this case, Dan’s victim was an innocent, fluffy, pink penguin. One which many children, I’m sure, cherish at home. Not great then to witness your revered Youtuber burn it in an absurd witch hunt kind of way.

My children informed me that they’d already seen the video (not a surprise as so did 3 million other viewers, most of those being his tween fan base).

I watched it in horror as he burnt this poor little penguin and laughed gleefully. He did have the decency to announce that this isn’t something his viewers should be doing at home – and which bit would that be Dante? Using a blowtorch at home or torturing a cute toy by joyously watching it burn?

The Fire Brigade have quite rightly warned people that playing with fire is not a game and emphasised that this stunt was extremely dangerous. No kidding.

Perhaps these YouTubers don’t realise that they have a responsibility to their incredibly impressionable audience? By all means stick to your mindless Minecraft videos, but don’t go around making children think it’s OK to carry out extremely dangerous and brainless pranks for fun.

However, do you think anyone would be interested in watching videos of PerkyBigBum playing on her Donkey Kong? I’ve got a Little Professor too…