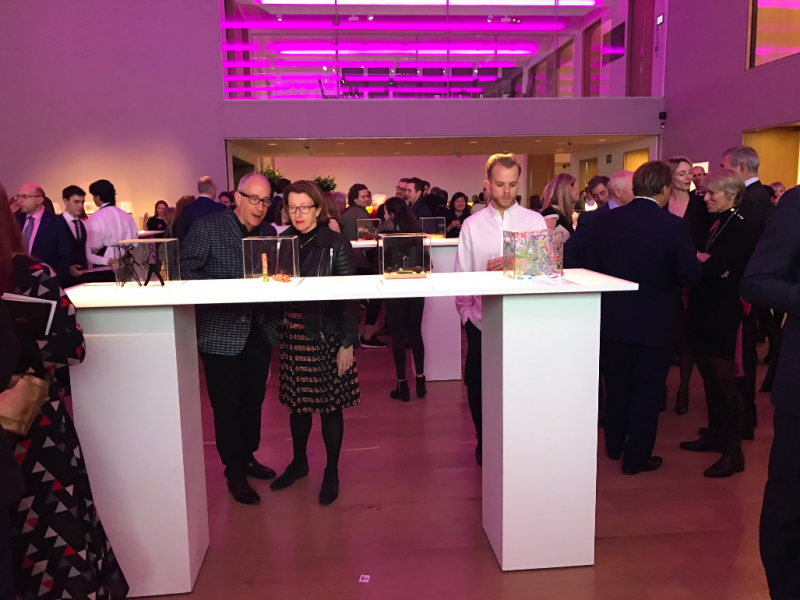 Mr S.H.I.T. and I were lucky enough to attend the Cure3 exhibition  – an art project devised by the curators, Artwise, in partnership with Bonhams and the David Ross Foundation to raise awareness and funds for the charity, The Cure Parkinson’s Trust (CPT).

53 contemporary artists such as Damien Hirst, Grayson Perry and Jack & Dinos Chapman, were invited to donate works of art contained within a perspex box of 20cm3. The box being a space to frame, support or contain their work. 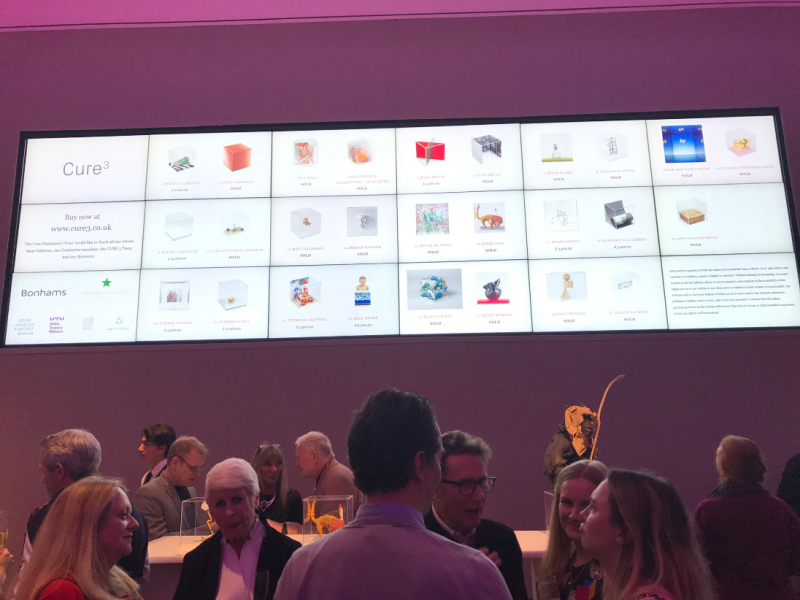 The room in Bonhams was buzzing as we wandered around the exhibit, admiring the small perspex cubes, displaying such a variety of pieces. Each and every one fascinating in their own way.

I fell in love with Amy Stephens’ The Monochromatics – I think Mr S was relieved that it had already been sold.

He seemed very drawn to Grayson Perry’s Gold Alan Venus, for obvious reasons, whereas I felt Sarah Lucas’ Acts Like a Real Tit was more apt for him.

The beauty of the event though, besides the works of art themselves, is that every penny will go towards the work of The Cure Parkinson’s Trust.

127,000 are affected by Parkinson’s in the UK, with over 10 million suffering worldwide. As of yet, there is no cure, but CPT’s innovative approach to research has offered renewed hope for those living with the disease. The charity only funds work which can slow, stop or reverse the degenerative disease.

As Laura Culpan, co-curator of Cure3, said,  ‘it’s so important that the art world can give to such great causes as The Cure Parkinson’s Trust. It makes it all worthwhile.’

And what is more worthwhile than that.

The exhibition is running at Bonhams from 13-15 March 2017 and all works of art can be viewed and purchased via the Cure3 website.