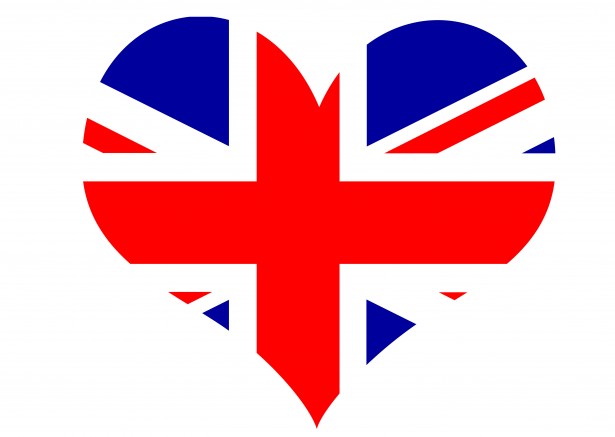 We Brits have the reputation of the stiff upper lip. Thankfully we’re softening a little by opening up about our feelings and talking when things aren’t going so well.

But there’s still some aspects of our Britishness that will never go away. It’s the way we’re made.

Here’s a few to make you laugh, cry, or show no emotion at all in true old skool Britishness.

It’s a busy night in a busy cool bar. You’re being jostled and talked over and you’re wondering what on earth you were thinking by missing Countryfile to be surrounded by these overexcited kids.

But you’ve been standing at this bar for near on 40 mins. Your mate has fallen asleep, drooling with her mouth wide open at your table, you’re taking so long.

You flap your 20 quid around in the air for the 36th time, but still the 12 year old barmaid with the blue hair looks right through you to anybody else.

Hang on a minute, that guy appeared at the bar 18 minutes after you! Your fury is rising inside you, ready to clear this bar like Darth Vader with one wave of his light saber.

Smurfy-hair barmaid (as you’ve started calling her in your head. Mature) finally takes pity on you and nonchalantly grunts, ‘Sorry to keep you waiting’ but clearly doesn’t give two shits.

Now’s your chance to get all Darth Vadery and show her who’s boss.

But no, hang on, what’s this? You squeal back in a rather high pitched, pathetic, sing-songy voice, ‘No problem at all. Really, don’t worry. Poor you, it’s so busy and loud in here. I mean when do you get a break?’

She glares, you recoil, and quickly order two aperol spritzs before she loses interest and forgets you altogether.

‘Help yourself to anything at all!’ you call to the 15 year old babysitter who looks like he’d be struggling to look after the Barbie dolls you spot strewn across the floor as you’re about to leave (causing you much agitation and itchy skin – must declutter entire house tomorrow) never mind your precious children you are now entrusting him with.

When you return a lot more relaxed, Barbie clutter-stress all dissolved in a lovely prosecco fuzz, you see that 15 year old babysitter really has helped himself. Diet cokes, Pom bears, that last Wispa you were coveting. And toys everywhere.

The prosecco fuzz is wearing off as you’re screaming inside ‘I didn’t really mean help yourself! OMG you’ve eaten the Haribos too! And hasn’t anyone ever taught you how to tidy up? Look at the carnage you’ve created in my kind-of-was tidyish house!’

But you smile sweetly, thank him profusely for keeping your kids alive for 3 hours while you drank your own body weight in fizz, and shove £40 in his hand – he’s £5 an hour.

You’ve got a couple of hours off on a Saturday while Mr S.H.I.T. lets the kids play on the PlayStation for the entire afternoon, so you’ve booked a long overdue trip to the hairdresser.

Bliss. Just you, endless copies of Now, a coffee and two hours when you don’t have to answer a single ridiculous question.

But what’s this, your assigned hairdresser seems to have verbal diarrhea? Oh no, this cannot be. You’ve even just been asked if you’re doing anything nice later. You want to snap ‘Yes, if sitting on the sofa stuffing my face with cream eggs which will make me self-loathe afterwards, while we watch The National Lottery Live, and competing with Mr S about who is the most tired, is fun.’

Your insides are boiling with fury because you JUST WANT TO NOT TALK AND BE ABLE TO READ ABOUT KATIE PRICE IS THAT TOO MUCH TO ASK?? But instead you smile sweetly, give a little sigh, put your magazine down resignedly and start to answer a string of the dullest questions ever. Even asking some of them back because your parents taught you never to be rude.

In the very same hairdresser trip, you are taken over to get your hair washed.

Inside you squeal with delight that finally you can chill for a few minutes because she can’t talk over the spray noise…surely? You get yourself as comfortable as is possible with your neck strained over a cold, hard basin, and attempt to switch the buzzy motherhead off.

But suddenly, searing pain shoots through your head as a jet of burning hot water scalds your scalp. It feels like she’s just boiled the kettle and is pouring it straight on to your nugget.

Then she casually asks, ‘That temperature alright for you babe?’

Instead of jumping out of the chair to see if you’ve got blisters on your head, you find yourself answering through clenched teeth, ‘Yey, fine thanks,’ as you dig your nails into your arm and draw blood.

Five weeks ago (you’ve been counting) you lent your mate £20 in the school playground because it was yet another cake sale and her child seemed to be about to bite her because she’d committed the heinous crime of forgetting to bring any money. So you smugly stepped in with a £20 note because you are Bono and it’s good to give (even though you’ve now got no money left to pay for anything for the rest of the week).

She was eternally grateful and went off gushing that she’d pay you back STRAIGHTAWAY with interest.

You’ve seen her on the school run every day since, but not a mention of your dosh which you could really do with, especially as you seem to have maxed out your credit card on that Skinny Tan offer that popped up on Facebook after you’d had one too many the other night.

You bump into her at the cashpoint outside Tesco as a large wad of tenners pop out of the hole in the wall and straight into her wallet. You wait for her to plant a couple of those babies into your hand and say she’s so sorry she hasn’t paid you back for so long.

You wait. And wait.

She’s about to skip off and you’re desperate to scream, ‘Show me the money you thieving gypsy!’ but instead you smile and tell yourself it was a mere twenty quid anyway. You could only buy two packs of fags with that these days, if you were indeed even a smoker.

The Shopping With Your Friend Situation

You’re shopping with your friend and she drags you into Topshop. After questioning whether this is now actually a shop for miniscule peg dolls, and realising that everyone else shopping in there could be your daughter, she holds up a tiny dress which she actually seems keen to try on.

In the changing room she appears from behind the curtain and you are aghast at how ridiculous she looks. Nothing works with this outfit. Mutton and lamb spring to mind but alas, she seems to have fallen in love with the ‘look’.

You want to shout ‘NO, NO you look like Pamela Anderson but not good Pammy from Baywatch, more Pammy of recent times who’s squeezed herself into a Topshop frock meant for 16 year olds!’

But you say, ‘Yey, looks really good. That colour really suits you.’

She asks, ‘But do you think I’m too old for it? Do I look ridiculous? I mean, seriously, you’d tell me wouldn’t you?’

‘Yeeeees, of course I’d tell you, I wouldn’t just say it if I didn’t mean it, you know me better than that’ you find yourself replying, unable to look her in the eyes.

And there you have it. The beauty of being British.

But where would we be without that stiff upper lip? A lot more carefree, happy, open and honest? Nah, it makes us who we are. British and very proud.